The UK Independence Party (UKIP), the right-wing political party that pushed for the United Kingdom to vote to leave the European Union, has rebranded its image. Previously, the party's logo was a purple Pound symbol, but now, it will use a purple lion's head. That's not too noteworthy on its own: The U.K., especially England, has used lions in symbolism for literally centuries. But, the particular style and color scheme is strikingly similar to that of the English Premier League, the country's top professional soccer division, and one of the most popular leagues worldwide. 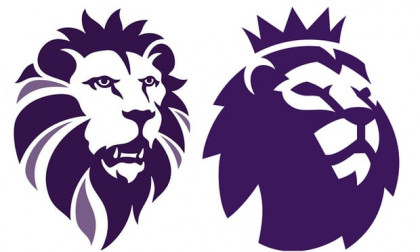 The new UKIP logo (left) bears a strong resemblance to the Premier League's. | Credit: The Guardian

According to The Guardian, the Premier League hasn't made any official comment, but reported that its internal legal team was aware of the similarity and was looking into a potential breach of contract.

The @premierleague will be thrilled. 🙄 https://t.co/GWXBcjL5vH

For those who don't follow soccer across the pond, this is akin to someone like Dan Marino or Troy Aikman mocked something NFL-related.

"Gary Lineker is a very well-known, somewhat sanctimonious, extremely well-paid TV celebrity who has his own opinions," a UKIP spokesperson told The Guardian.

"We did our due diligence before we put these logos to the membership and, as I said, we are perfectly comfortable," he said, according to The Guardian.

With the wild popularity of Premier League soccer in England and all over the world, it's interesting to think about whether the resemblance is purely coincidental, or whether UKIP purposely made the two connect.