UN Sanctions Could End North Korean 'Made in China' Apparel 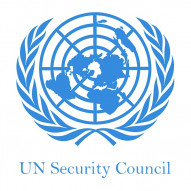 Though it's common knowledge now that some apparel that boasts "Made in China" tags are actually made in North Korean factories, new United Nations sanctions on North Korea could put a stop to that.

The UN Security Council unanimously voted to impose new sanctions on North Korea yesterday, which includes a complete ban on textile exports and an end to overseas laborer contracts.

Due to previous sanctions on North Korea, the textile industry was one of the country's primary operations. Chinese manufacturers would send materials to North Korean factories, where workers would then assemble the products at rates much lower than China's rising cost of production, and then the finished products would be taken back to China, where they would be sent off through Chinese ports.

Citing a U.S. official, CNN reported that the North Korean government made $760 million in textile exports in 2016, making it the largest economic sector that was previously untouched by UN sanctions.

"The textile ban, inspections paragraphs and joint ventures language are strong," former deputy director for the U.S. Treasury Department Anthony Ruggiero told CNN. "The other sectoral restrictions rely on China and Russia implementation, which has been a challenge. The U.S. should continue to use U.S. sanctions against China and Russia to ensure implementation."

That's the key here: Chinese implementation. If China plays by the UN's rules and cuts its ties with the North Korean textile industry, it could economically choke out the hermit kingdom fairly effectively, and put a halt on falsely labeled "Made in China" apparel throughout the world market.

If not, well, it's entirely possible that "Made in China" apparel continues to make its way from North Korean factories.