Under Armour Confirms It's Under Federal Investigation for Accounting Practices

Under Armour confirmed to the Baltimore Sun this week that its accounting practices are currently under federal investigation. The company, which just announced the departure of founder and CEO Kevin Plank, has reportedly been cooperating with the investigation since 2017.

"Some industries, like fashion, are highly seasonable, with sales varying widely from quarter to quarter," financial consultant Timothy Spence told the Baltimore Sun. "There appear to be two questions here. The first is, was this a 'smoothing' of revenue to make quarterly revenue recognition more consistent?"

He added that the second question is whether or not the company basically reported more revenue in advance, with the expectation that it would make it up in the following quarter. If Under Armour had been doing either or both, it could qualify as fraud. 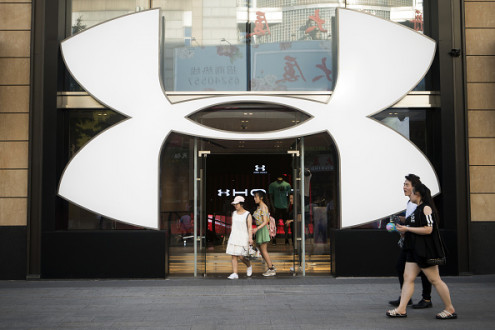 "We firmly believe that our accounting practices and disclosures were appropriate," David Bergman, Under Armour's chief financial officer, told the Baltimore Sun.

Under Armour had been going through a rough patch leading up to Plank's announcement that he would be stepping away, and this doesn't look like it will help the company find its footing any time soon. The Baltimore Sun reported that Under Armour stock dropped nearly 19 percent this week following the news. The company already had been having trouble growing its profits since 2016.

While Under Armour's current revenue numbers aren't as dire as Wall Street initially expected, its sales growth is only expected to hit 2 percent rather than the 3 or 4 percent Under Armour told analysts to expect earlier this year.

This doesn't mean that anyone is going to jail, or that Under Armour is going to close up shop. Experts familiar with these types of investigations told the Sun that, based on the usual timetable for these proceedings, it could be in a later phase, where investigators then decide whether to bring charges against the company or individuals. That might not even happen. But, if it does, it could just get settled out of court.

For that, we'll have to keep watching Under Armour, which could have a very interesting 2020.