Under Armour Is Now Making Apparel for Space Travelers (Seriously)

Remember when we told you that the space suit trend was taking over the apparel world? Well, Under Armour is taking it one step further and designing actual space suits now.

According to an Under Armour press release, Virgin Galactic is enlisting the apparel company to design space apparel and footwear for passengers and pilots of its budding commercial spaceflight operation. The two are also partnering to create an astronaut performance training program that focuses on enhancing mobility, strength, fitness, nutrition and sleep.

Under Armour is the "official Technical Spacewear Partner" of Virgin Galactic, per the press release, and the uniforms will consist of "a complex blend of safety, utility, comfort and style." Under Armour will also provide uniforms for the team of engineers, astronaut trainers, hosts and mission control operatives at Spaceport America in New Mexico. 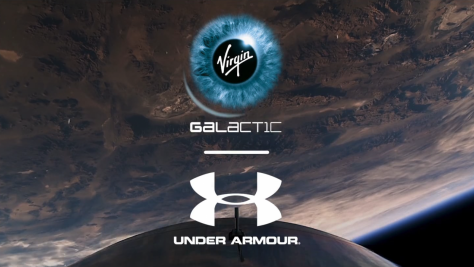 “I have followed Under Armour’s progress through a personal friendship with its CEO, Kevin Plank, and via the great relationships it has established over the years with various Virgin companies," said Sir Richard Branson, founder of Virgin. "I’ve loved its determination to push technical boundaries in order to improve performance, so could not have been more pleased when Kevin and his talented teams stepped up to the considerable task of creating a range of space apparel and performance programs for Virgin Galactic."

We have no idea what these Under Armour space suits will look like, but we can imagine the intersect of these two companies will provide an interesting final product. Who knows if athletic apparel companies are the future of space travel, but we think it's an interesting move on Under Armour's part, if for no other reason than the press it's getting as a result of the move.

While it might be a little too early to make predictions as to how this will filter down to the promo world, we still think there's some potential. For one, the technical specifications that the athletic apparel company will introduce to space travelers will probably be first-class. Eventually, it can be assumed some of these features will be in demand for athletes, as well, and eventually, those features will reach promotional apparel. The fabrications will be state-of-the-art in terms of moisture control and temperature regulation, which happen to be two qualities athletes require too.

For now, this is one small step for Under Armour, and one giant leap for athletic apparel.