United Airlines Under Fire for Barring Girls in Leggings 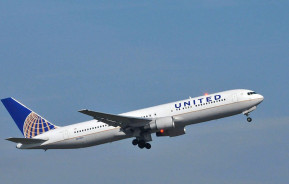 With athleisure continuing to dominate the apparel market, it's no surprise that leggings are the latest staple in airport style. But a fierce internet war has been raging this past week after a United Airlines gate agent stopped two girls from boarding a flight because they were wearing leggings.

Over the weekend, two teenage girls attempted to board a flight from Denver to Minneapolis. Instead of letting them settle into their cramped middle seats, a United Airlines gate agent told the girls they must change out of their leggings into something more appropriate, or they wouldn't be allowed to fly, according to The Washington Post. The girls did not end up boarding the plane.

Naturally, the internet broke out into a frenzy demanding to know why an airline could dictate what its paying patrons wore on-board. And, it's safe to say the United Airlines social media account has been hard at work this week trying to diffuse this situation.

Leggings are business attire for 10 year olds. Their business is being children.

But, like most things, there's more to the story than initially reported. The two girls were flying using a United employee pass, and "were not in compliance with [United Airline's] dress code policy for company benefit travel," Jonathan Guerin, a United Airlines spokesperson said, according to The Washington Post.

"Our regular passengers are not going to be denied boarding because they are wearing leggings or yoga pants," he added. "But when flying as a pass traveler, we require the pass travelers to follow rules, and that is one of those rules."

To our customers…your leggings are welcome! Learn more about our company’s pass travel privilege: https://t.co/5e3euG1H9G.

Those who are familiar with the United Airlines pass travel program confirmed that those utilizing the program are required to dress up more than paying customers.

But, unfortunately for United Airlines, it might be too late to salvage this social media firestorm. Even celebrities have jumped on the bandwagon chastising United for its actions:

I was also once thrown off a United Airlines flight for wearing these pic.twitter.com/qgyCovqEHI

How Social Media Bots Steal T-shirt Designs and Sell Them