The following article was originally published by Printing Impressions. To read more of their content, subscribe to their newsletter, Today on PIWorld. 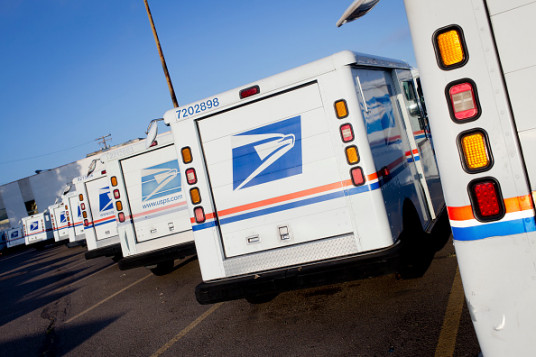 In an unusual show of bipartisan unity, the U.S. House of Representatives passed the sweeping Postal Service Reform Act of 2021 (H.R. 3076) on Tuesday by a 342-92 vote, clearing the way for the U.S. Postal Service (USPS) reform legislation to move on to the U.S. Senate, where a companion bill (S 1720) already has similar bipartisan support. The bill — which reportedly would save the USPS about $50 billion over the next decade — also has the backing of President Biden; some 200 organizations including, among them, postal unions, Postmaster General Louis DeJoy, and printing and mailing industry groups; as well as Amazon, one of the Postal Service's biggest customers.

Some of the key provisions within the Act:

The legislation also received support from Keep US Posted, an alliance consisting of members of the American public and consumer interests, as well as industry groups, newspapers, nonprofits, and businesses. (PRINTING United Alliance announced its support of the postal reform legislation and recently invested $100,000 as a first-year supporter of the Keep US Posted initiative to help promote the value of mail.)

“The House has seized the greatest opportunity for positive, bipartisan postal policy in more than a decade, and now it’s time for the Senate to do the same,” former Congressman Kevin Yoder (R-Kan.), executive director of the Keep US Posted campaign, says. “As the U.S. Postal Service is proving now as it delivers COVID-19 testing kits throughout the nation, it remains the only network capable of reaching every address in the country six and seven days each week.”

The agency said the increases in both net loss and adjusted loss were partially driven by inflationary impacts to operating expenses, including rising prices associated with energy and fuel expenses.

First-Class Mail revenue increased $160 million, or 2.5%, compared to the same quarter last year, despite a volume decline of 529 million pieces, or 3.8% The revenue increase was driven by price increases, while the volume decline is reflective of the continuing migration from mail to electronic communication and transaction alternatives, which has been exacerbated by the pandemic, according to the release.

Marketing Mail revenue increased $304 million, or 7.3%, compared to the same quarter last year, despite a volume decline of 710 million pieces, or 3.6%. Marketing Mail has generally proven to be a resilient marketing channel, and as the economy has shown a recovery, its value to U.S. businesses remains strong due to healthy customer returns on investment and better data and technology integration, the release indicated.

"Despite the record package volume during the holiday season, the overall surge in e-commerce has begun to subside," Chief Financial Officer Joseph Corbett said in the financial reporting statement. "This shift in market trends, along with the continued declines in mail volumes, our increasing costs, and general economic conditions creating inflationary pressure, highlight the ongoing financial challenges that the Postal Service faces.

"While we continue to adapt to efficiently manage our business, invest in our infrastructure and our people, and optimize our network, our Delivering for America plan must be fully implemented, including legislative changes, to restore the Postal Service to financial sustainability."

Mark Michelson is the Editor-in-Chief of Printing Impressions. Serving in this role since 1985, Michelson is an award-winning journalist and member of several industry honor societies. Reader feedback is always encouraged. Email mmichelson@napco.com

Three Ways to Get Started with Direct Mail in 2023

2021 State of the Industry Report: The Power of Di
Comments
The Top Lists