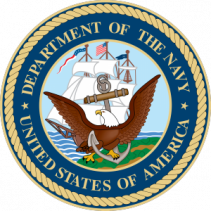 According to a year-and-a-half-long Navy study, the body dimensions of Navy sailors have increased over the last two decades, generating a need for larger uniform sizes, the Navy Times reported.

"It's been more than 20 years since the Navy has measured its personnel, and the men and women of the force have physically changed in that time," said Capt. Robert Gantt, deputy commander for uniform programs at Navy Exchange Service Command, according to Navy Times. "U.S. Navy body dimensions were last measured in 1997 for males and 1988 for females."

Instead of funding their own comprehensive study, the Navy turned to the Army, which measured their soldiers between 2007 and 2012. After cross-referencing Navy data against Army data, they concluded that sailors and soldiers have increased in size since the late '80s and '90s.

As a result, there will be a gradual shift for the master uniform patterns to improve fit, appearance and comfort for the sailors.

According to Gantt, these changes are likely to take place within the next several years.

While it seems changes aren't going to start overnight, suppliers in the uniform industry should be ready to look into the established dimensions of their own uniforms.