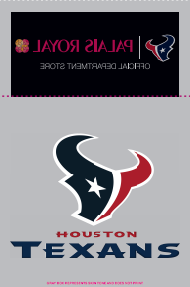 The tattoo used by My Corporate Expressions

People love a good bargain. Debbie Davis, account manager for My Corporate Expressions, Houston, remembers one promotion in the form of a stadium giveaway that gave people an opportunity to save some money at a local store. It’s a great combination of team spirit, co-branding and creativity.

Promo Marketing: Could you tell us about a promotion that you thought was one of your best?
Debbie Davis: What we were doing was, we have a partnership with our NFL team, the Houston Texans. And, Palais Royal is our customer as well, and they co-brand together. So, basically, when the Texans won their game, it was a game-activation piece that if they won, anybody with the tattoo could use the application that you would download, and it would read that bull head and give them the coupon code and the special effect to go shop at Palais Royal for 40 percent off.

PM: What did you like about this promotion in general?
DD: It was different from anything else we had done. It was fully interactive. We got to use bits and pieces of the customer’s commercial that they kind of put together. The Texans gave us the logo to use on the piece for the game. And I think it was just a nice piece that tied all together.

PM: Were there any roadblocks with this promotion?
DD: Not too many. We had some design changes we had to make, just so that the application of the software would read properly with the logo. So, we did have to make some alterations there and make some alterations to the customer’s top portion of the tattoo as well, just to make it look more co-branded. But, really, the only issue we ran into was delivery time. It was cutting it right at the delivery date that they were required. So we had to push a little quicker to get them shipped out on an expedited service.

PM: Do you have any advice for distributors doing something similar?
DD: I would just say to get all the information of what their customer is looking for to make it easier when you’re working with the manufacturer, just because it takes quite a bit of time. I want to say it took about 18 to 25 days to produce it once we figured worked out.

Why You Should Wait to Buy a QuickBooks Subscription Model