Typos: We hate to see them, and yet we can't quite get enough of them. Sometimes, typos work for a promotion's advantage. And sometimes they result in an all out internet frenzy—or in the case of this typo, a political backlash. 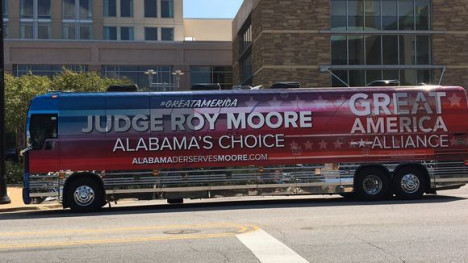 A typo quickly promoted a political opponent to gain an upper hand. (Image via USA Today)

The spelling error was corrected before the rally, so Jones's clever ploy was mostly rendered moot. But the candidate still managed a minor PR victory at Moore's expense. Who knows how that will translate to the polls

Our 5 Favorite Promotional Products of the Week: Borat 'Masks,' Label Mistakes and More