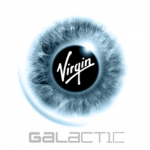 Some of the world's most talented athletes wear the Adidas logo on their apparel, but now the global sportswear brand will take its logo to new heights—literally. Virgin Galactic, the spaceflight division of the Virgin Group, announced a partnership with Adidas' Y-3 division to create apparel for future space projects and missions.

Y-3 is a collaboration between Japanese designer Yohji Yamamoto and Adidas. According to a press release from Virgin Galactic, Y-3 will make various items, such as flight suits worn by astronauts and pilots, and garments worn by operations and maintenance teams.

"Y-3 has a technical know-how and an approach to style, which emphasizes the use of advanced fabrics, special techniques and bespoke specifications to ensure fit, comfort and performance," the press release said. "As such, it is ideally placed to imagine and create the future of operational apparel for the world's first commercial space line."

Y-3 and Virgin Galactic debuted the space suit in a video, which you can see here.

Where else can branding and promotional advertising fit in with the future of commercial space travel? Let us know what you think in the comment section below.