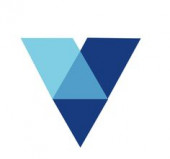 "We want to reiterate how sorry we are for the pain this caused Andrew and Stephen, and anyone else who was hurt by this event. We would never intentionally cause any of our customers or partners harm, and we have never been more disappointed to let a customer down."

That's how Vistaprint started its formal apology after a same-sex couple in Pennsylvania received what they felt were hateful pamphlets instead of the wedding programs they ordered.

In January, the couple, Andrew Borg and Stephen Heasley, received pamphlets talking about how "the supreme tempter is Satan, who uses our weakness to lead us into sin." It was far from the wedding programs that said "celebration" and "welcome to Andrew and Stepehn's wedding" that they ordered.

Because of that, they planned to sue Vistaprint.

In its response, Vistaprint released a statement from Trynka Shineman, CEO of Vistaprint; and Robert Keane, CEO of Cimpress and founder of Vistaprint, which said it would launch a formal investigation into whether this was just a very unfortunate mix-up or a malicious act by an employee. In its latest statement last week, the company reached some sort of conclusion.

"In short, our investigation revealed that this was an unintentional order mix up at one of our third-party partners, not a targeted act by an employee or partner," the statement said. "Two separate orders were printed simultaneously, placed in separate boxes, sealed, and then after sealing were unfortunately mislabeled."

While it was an accident, the fact of the matter remains that it does come down to human error, which Vistaprint acknowledged, and took responsibility for.

Because of the nature of the mistake, Vistaprint made sure to assert that the pamphlets the couple did receive were not intended as hate speech, but just destined for a religious program with no affiliation for another group or organization.

"We have reiterated to Andrew and Stephen how sorry we are about this event, and discussed what we, in partnership, can do to help use this incident as an opportunity to make a positive impact on important LGBTQ issues," the statement said.

The company also reached out to Borg and Heasley, who said that they accepted Vistaprint's apology, and plan to work with the company to make donations to U.S. and Australian organizations to further the mission of supporting the LGBTQ community.

Vistaprint plans to make three donations in partnership with Borg and Heasley, including one to GLSEN, an organization that works with kids from kindergarten to high school about LGBTQ issues. Vistaprint will create an engagement program within GLSEN, too.

It also will form a diversity program to "open a dialogue with employees and hear their perspectives and views on how our organization can make changes to further spread a message of equality internally and externally."

Finally, it will start an "internal policy review," which will involve the company participating in the Human Rights Campaign's Corporate Equality Index for 2019 to ensure that it meets national corporate practice goals.

Related story: Relax, Vistaprint Doesn't Want to Be Your Competitor