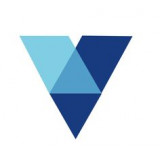 Direct-to-consumer printing services like Vistaprint have been one of the largest disruptions in the promotional products and printing industries. So, when Rhode Island announced its plan to give Vistaprint $2.2 million in tax credits to open its national sales office and staff it with employees, small businesses in area were upset, to say the least.

"Why didn't they give me the $2.2 million?" Pat Welch, of a Rhode Island Sir Speedy location, told GoLocal Prov. "I could hire another five people. All the state's ever done for me is take my money."

"So I saw the announcement, and saw that these incentive dollars come after the employment," Barry Couto of Barrington Printing told GoLocal Prov. "And I'm not saying this in regard to just printers, but to small businesses that are in Rhode Island, there just doesn't seem to be much help to us in general."

In its defense, the Rhode Island Commerce Corporation said the goal is to let Rhode Island businesses know they are working to sustain and grow homegrown companies.

This isn't the only development Vistaprint has made this week. The company announced in a press release that it opened its first brick-and-mortar retail store in downtown Toronto called Vistaprint Studio.

"We've listened to and worked with our customers along the way to provide the best of both worlds in Visaprint Studio—the efficiency and convenience of the online world with the engaging, personalized experience in-store," Trynka Shineman, CEO of Vistaprint, said in the press release. "At Vistaprint Studio, we are offering exclusive services you can't find anywhere else, including free graphic design—services we heard our customers want and which solidify our investment in the success of their businesses, now and in the future."

The store is open Monday through Saturday every week, and will offer workshops throughout the year.

What do you think? Does Vistaprint's move to a brick-and-mortar location worry you? Let us know.

The Role of Wide-Format in Window Displays

The Jumbo Roll Market Is Growing — Are You?
Comments
The Top Lists