As we saw yesterday, Wal-Mart could use a geography lesson. After selling a T-shirt for the University of Maryland featuring the state of Massachusetts' shape instead of Maryland's, customers took to Twitter to inform Wal-Mart of the error. Strangely, Wal-Mart tried to deny these claims, even though, well, it's clearly Massachusetts.

@Samficco On the map, MA and MD are shaped somewhat similarly with the exception of that dip. Thanks for reaching out, Samantha! -Marie

Eventually, the company recalled the T-shirts, forcing Maryland fans in Boston and ironic-T-shirt-lovers to look elsewhere.

Wal-Mart's T-shirt trouble is only the most recent example of embarrassing printing mistakes. Below are seven of the worst promotional products typos. 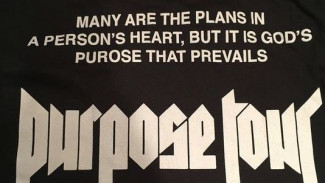 The Biebs recently embarked on a massive tour, deemed the “Purpose Tour." On the night of the first performance, fans purchased tour T-shirts that spelled “purpose” incorrectly. The fans were less than pleased with Bieber’s lack of spellcheck. 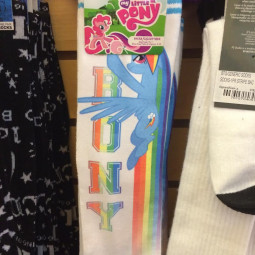 I would imagine whoever was responsible for green-lighting these "My Little Bony" socks probably got a slap on the wrist. Picture children receiving these socks at an event, only for them to ask, “Mom, who’s Bony? Why don’t you love me enough to get me 'My Little Pony' socks?” 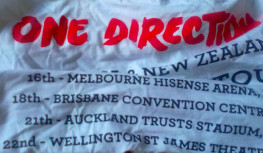 While Feb. 29 only exists every four years, we're fairly certain that the "21th" never occurs. That didn't stop One Direction from printing it on T-shirts, though. 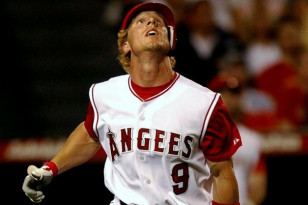 If you lived in Los Angeles in 2003 and were having a tough time deciding whether to root for the Dodgers or the Angels, you might have decided your allegiance simply off this embarrassing typo in the Angels’ jerseys. The Los Angeles Angees sounds like a group of ladies from Long Island who know how to have a good time, though. 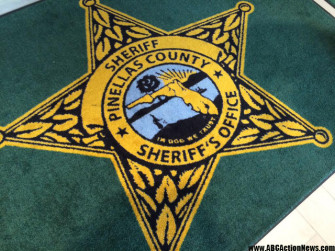 Last year, Florida's Pinellas County sheriff’s department had a rug printed with the phrase “In Dog We Trust,” which was subsequently sold for $9,650 at auction. Who knew that typos actually could make money? 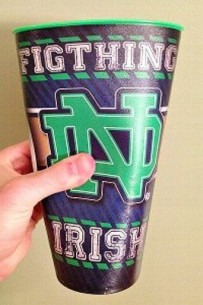 The famed university sold soda cups back in 2013, which featured the incorrectly printed phrase, “Figthing Irish,” on the top. Safe to say, the students were not happy.

Typos happen (trust us, we write/edit for a living), but it's important to make sure they don't make it to the final products!