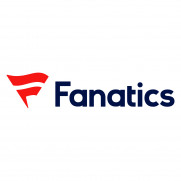 Fanatics is continuing to establish itself as one of the frontrunners in licensed sports merchandise and fan apparel. Within the last year, the company has inked a deal with the English Football Association, signed on to create merchandise for professional e-sports, opened retail shops inside JCPenney and more.

It's now joining forces with another big-time player in the merchandise space: Walmart.

O'Toole added that Walmart has been "focusing on adding harder-to-find specialty items and premium products" to its website's inventory in an effort to compete against similarly gigantic companies getting in on the decorated merchandise space as outside disrupters—the most notable of those being Amazon.

It's also an effort to shift its potential clientele's perception.

In addition to building out its own brand, Fanatics operates websites such as NFLShop.com, NBAStore.com, MLBShop.com, NASCARShop.com and MLSStore.com. The company holds exclusive licensing rights to produce and distribute merchandise for all major professional sports leagues, according to its website. That means Walmart will now be able to get the latest fan gear to shoppers more quickly, according to O'Toole.

In expanding Walmart's website, O'Toole said the retailer has been "focused on adding harder-to-find specialty items and premium products."

In many ways, Walmart with its latest deals is going after younger shoppers who haven't traditionally thought to shop its stores. The big-box retailer wants millennials and Gen-Z consumers to think of Walmart.com especially as a destination for everything they need: clothing, bedding, home decor, groceries and other everyday essentials like deodorant and makeup. Walmart made it clear it was embarking on this plan when it bought Jet.com in 2016.

With its acquisitions of other e-commerce companies like Bonobos, Art.com and ModCloth, Walmart is attempting to change the way people think about it. And for Fanatics, it's another in its growing list of retail channels, and it's a big one at that.

Michael Rubin, Fanatics' executive chairman and founder of its parent company, said earlier this month that the company would generate as much as $2.8 billion in revenue this year, and hinted that its next initiative was to sell on another online marketplace. That could be Walmart, or it could be something else Fanatics hasn't yet revealed.