The battle rages on between giant retailers Amazon, Walmart and Target. Recently, Target launched several new on-trend apparel lines, and we don't have to remind you that Amazon continues to prove a fierce competitor in the clothing arena. Now it looks like Walmart is trying to edge out its opponents with new apparel lines, according to AdAge. 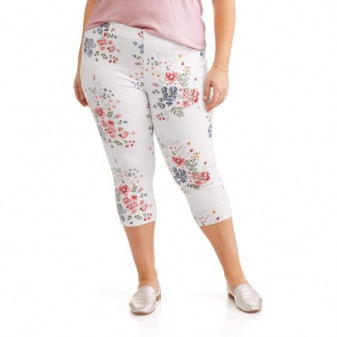 Walmart will be rolling out brands named Time and Tru in women's wear, Terra & Sky in plus-size apparel and Wonder Nation for kids. In addition, the company is refocusing its British unit Asda to be entirely focused on men. These new brands will replace Walmart's older brands, including Faded Glory, White Stag and Just My Size.

With its new apparel lines, Walmart is aiming to showcase its stylish side, but at an appealing price point. Leggings, for example, cost $9.96, and the Terra & Sky split-neck T-shirt costs $5.96. Walmart also hopes that these new lines will boost its online sales and take back some of Amazon's market share. Currently, Amazon is tied with Target as the second-most-shopped apparel retailer in the U.S., behind Walmart, so we will see if Walmart's latest move gives it a safe foothold over its competition.