It's not earth-shattering to claim that Kanye West knows what he's doing when it comes to merchandise. After all, he managed to outsell Pope Francis' merchandise sales at Madison Square Garden. 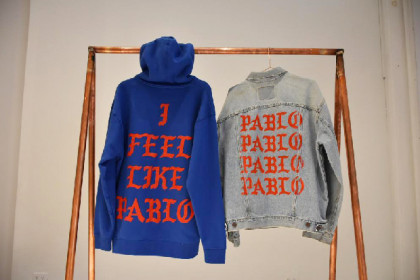 And, according to UPROXX, the accolades for Kanye West's "The Life of Pablo" merchandise just keep coming. The rapper's tour merchandise received a nomination for London's Design Museum's Meazley Design of the Year award, which honors the world's best designs in architecture, digital, graphics, fashion, product and transport.

The Design Museum provided this explanation for the nomination:

From August 19 to 21, 2016, Kanye West in partnership with Bravado opened 21 pop-up shops in various locations around the world to sell products tied to West’s latest album, The Life Of Pablo. This was the first simultaneous, global pop-up event, spanning the U.S, Europe, Africa, Australia and Asia. Each temporary store carried a broad line of Kanye’s Pablo merchandise as well as limited edition designs exclusive to that city. The venues were announced 24 hours before they opened in each city, with the British pop-up located in Old Street.

What the explanation fails to say is that fans lined up for hours, and the lines themselves spanned great lengths. It was a merchandise frenzy, and the pop-ups sold out almost immediately.

We've been saying for some time now that Kanye knows exactly what he's doing when it comes to merchandise sales. Back in March 2016, we outlined a few steps you could take to emulate some of his tactics, including: drum up curiosity, keep stock low and make social media your hype man.

Now that he's won an impressive design award, maybe it's time to draw even more inspiration from his merchandise looks, and above all, remember: Go big or go home.

And, if you're looking for more merchandise ideas, Chance the Rapper has conquered the apparel game, too.