Was a Prince Clothing Line in the Works? 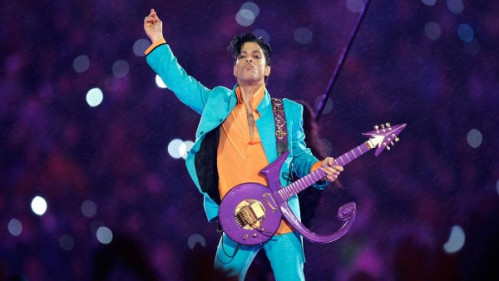 The world has been bathed in a purple glow since news broke of Prince’s death last Thursday.

International landmarks have gone purple; radio stations have spun his music on constant rotation; tributes and screenings of “Purple Rain” have been planned; those closest to him have opened up about his philanthropy; and everyone has added a little extra purple to their outfits in honor of the 57-year-old musical genius.

But were Prince-inspired additions to our wardrobes already in the mix before his death?

Paisley Park Enterprises, Prince’s main business company, was approved for a Class 25 trademark application on Prince’s name from the U.S. Patent and Trademark Office just days before his death, The Fashion Law reported.

Class 25 covers clothing—and lots of it. According to The Fashion Law, the company’s Class 25 application cited a variety of apparel and accessories:

The application also included other classes of goods, including Class 41, which is for “entertainment in the nature of live performances by a musical artist, musical band or musical group.”

While the Class 41 aspect of the application may no longer be relevant, the Class 25 aspect could likely still be used after Prince’s death. So, while we may be forced to live in a world without new music and tours from the musical legend, we could still someday see new (official) merchandise in his honor. And, really, who wouldn't want to rock Prince pajamas, swimwear, belts or bathrobes?