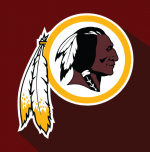 There has been a lot of debate about whether or not the Washington Redskins should change their name, as many see it as offensive to Native Americans. One school in Washington, D.C., has shown where it stands on the debate by banning Redskins merchandise from its classrooms.

According to NBC Washington, members of the Sidwell Friends School student government voted to keep Redskins merchandise out of its halls in April, and the administration stood behind the students, the school announced last week. The student body government released a statement detailing its rationale behind the ban.

"In our capacity as advocates for the greater good of Sidwell Friends School students, we are presented a difficult choice: Continue the same policies and allow a racial slur in our school environment or, alternatively, ensure Sidwell Friends is a safe space for all students and encourage growth," the student body government said in the statement. "… We hope that, by discouraging Washington football team apparel, we will guide the educated Sidwell student down a path of ensuring social justice for all members of society."

This says a lot from a school right in the team's backyard.

The student government's statement indicated that a visit by Gyasi Ross, a member of the Native American community, influenced the students' decision.

"Gyasi Ross illuminated the offensive nature of the Washington football team's name," the statement said. "Our Quaker values of equality and community compel us to amplify the voices of the Native American community. The dress code states that, 'Children may not wear clothing with messages or images on clothing that conflict with the school's values.' Thus, we have reached the consensus that the Washington football team apparel (i.e., clothing with the team's logo or official name, as long as it contains the word 'Redskins') is in direct violation of our dress code, and should be enforced like any other violation."

There have been a few names thrown around as prospective replacements for the team's name, should Redskins owner Dan Snyder choose to change the name. But he has not indicated that he plans on ever doing so.