For those who want to be really, really sure they're cold drinks stay cold and their hot drinks stay hot, Crio might have just invented the perfect water bottle. The Australian company just debuted a new water bottle design, which features a layer of cryogel, on Kickstarter. 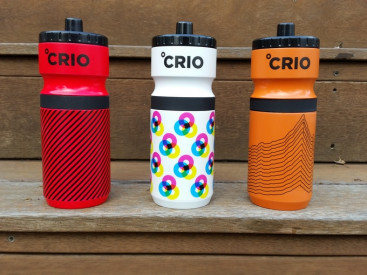 The Crio water bottle includes a layer of cryogel insulation, which is used by NASA as an insulation. (Image via Kickstarter)

"It was very clear to us that cryogen is the most advanced insulation available," Rohan Burdett, founder of Crio, told Digital Trends. He added that the cryogel makes the water bottle two-and-a-half times more efficient at insulating than others, like CamelBak.

NASA uses cryogel, an aeorgel, as an insulation and collecting dust particles in space. It's been used in other consumer products, such as apparel.

"When organizations such as NASA and Formula 1 are using the product, you know it's at the cutting edge," Burdett said.

The Crio bottle holds 300 ml and features a one-way drinking valve. It's raised more than $14,900 on Kickstarter, and is available for about $27.