Wearable Tech Market Could Reach Nearly $1B by 2020 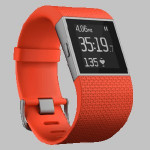 A recent study indicated that the wearable tech industry, especially for health products, could reach nearly $1 billion. (Image via Fitbit)

After the information on a New Jersey man's Fitbit gave doctors vital, life-saving information, we started thinking more seriously about the impact of wearable technology items and their role in personal health. It turns out we weren't the only ones, as a report from Transparency Market Research indicated that the wearable device market could reach $980 million by 2020. That represents a 14.2 percent growth.

According to a press release, devices, like remote patient monitoring, is likely what will cause this boom. These devices allow patients to monitor their own conditions, eliminating frequent trips to the doctor's office.

In addition to companies that specialize in medical technology, technological power hitters, like Apple, are throwing their hats in the ring as well. In August, Apple applied for a patent for its own wearable health device that would be included in different accessories, like a watch, ring, brooch or more.

So, during the next five years, it will be interesting to see how companies will implement wearable health monitors in accessories and even promotional campaigns.