Row Over Wembley Trademark a Test of Intellectual Property Law 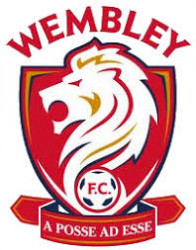 When people think of English football, they think of Wembley. By Wembley, I’m referring to the national team’s home stadium that also hosts the Football Association Cup final. With 90,000 seats Wembley is the largest stadium in the UK and the second largest stadium in all of Europe.

By Wembley, I’m also referring to Wembley FC, a tiny club from north London. By comparison, Wembley FC’s stadium only seats 2,450 people. The team features multi-career athletes, including a lorry driver and a gas fitter. Needless to say, this is not what people think of when they hear the word Wembley. And yet, since 2012, this club has held a trademark on the name. For some reason, the FA failed to challenge this trademark, and has since been banned from selling Wembley-branded merchandise in certain European countries.

Against the odds, Wembley FC has maintained the trademark—until now, of course. It seems the EU’s Intellectual Property Office has decided to side with the FA, thus revoking the trademark held by Wembley FC. As it would seem, a trademark isn’t worth much if a governing body is willing to claim that Wembley FC’s name would be confusing to English speaking fans. Just judging by the team’s fan base, I highly doubt that there’s much of a crossover with regard to markets.

Fans of such small teams tend to be very dedicated, which means that they would recognize that the name and logo of their team have nothing to do with Wembley Stadium. The issue boils down to merchandise sales, and the FA seems mighty bitter that it failed to challenge Wembley FC’s trademark claim back in 2012, which is incredible considering the amount of legal resources the FA most certainly has at hand.

Shouldn’t a trademark be legally binding, even if it hamstrings a larger entity that somehow failed to challenge it initially? It turns out this isn’t the case here, and though Wembley FC is challenging the decision, it’s hard to imagine that they’ll have the resources to put up much of a fight.

As for the argument that Wembley Stadium has been around for longer than Wembley FC, that may be true, as the team has been around since 1946 while the original stadium was opened in 1923. However, the original name of the stadium was officially Empire Stadium. Though it’s proven nearly impossible to uncover the exact date when it officially became known as Wembley, there’s the possibility that this was after 1946, which would mean that Wembley FC officially had the name first.

Regardless, a trademark’s a trademark, and this battle over a name could be a sign of problems to come for small businesses and teams which share titles and logos with larger entities. We’ve seen this in the U.S. as well, and as more small entities get strong-armed and challenged in the courts, this could be an indication of how strongly trademarks are able to stand up to corporations and other big-moneyed interests.