Dilly Dilly and IHOb: What Makes a Marketing Campaign Successful While Others Fail?

It's funny how we perceive marketing campaigns that are objectively not that different. We see some and immediately write them off as hacky, offensive, unfunny or any other derogation. Others are beloved, recited, forced into common vernacular and sometimes even written in the sky.

So, what exactly sets the two apart? What makes one so much more successful than the other?

IHOb was pretty much universally panned by customers as well as colleagues. According to USA Today, data showed that the rebrand didn't create a significant boost in customer consideration, i.e. the likelihood of people wanting to eat at that particular restaurant.

IHOP's purchasing consideration stayed stagnant in the window of 20 to 30 percent. Part of that could be because millennials are systematically killing chain restaurants, but it'd be naive to not chalk some of that up to a failed promotion.

Let's turn our attention to Bud Light's "Dilly Dilly" promotional campaign. It started with a Renaissance-themed commercial using the catchphrase that gave off a feeling of missing an inside joke amongst friends. Is "Dilly Dilly" from a TV show that I don't watch? Did one of the Kardashians tweet it or something? What is it?

It's everywhere, that's the answer. The most appropriate place for it to pop up was during the Super Bowl, when a mic'd up Nick Foles referred to the now famous "Philly Special" trick play as "Philly Philly" to Eagles head coach Doug Pederson.

During the post-game celebrations in Philadelphia, whose nickname coincidentally rhymes, skywriters flew over the parade and wrote "Dilly Dilly" and "Philly Philly" in the air. 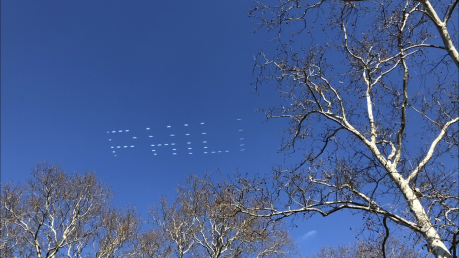 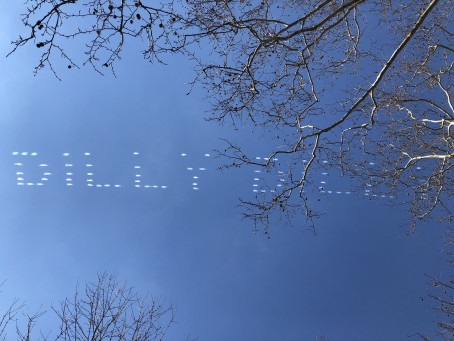 Pretty much anyone with a Bud Light in their hands started using the phrase, and it even caused some people to drink Bud Light when they otherwise wouldn't have.

So, what made this fairly insignificant branding mechanism so good while IHOb earned such hate?

The answer? It's fun and silly, but also simple. Bud Light didn't hype it up with weeks of artificial anticipation and faux secrecy, as IHOP did. It just introduced its new catchphrase to the world and, crucially, capitalized on its viral popularity after the fact.

"'Dilly Dilly' doesn't mean anything," he said. "That's the beauty of it. I think that we all need our moments of nonsense and fun. And I think that 'Dilly Dilly,' in a way, represents that."

It also helps that Bud Light drove it into our collective skull.

"And especially with repetition," he said. "We have a chance here for this to become big. So, we went against the research and we gave a chance to 'Dilly Dilly' and we are so happy! I think that one of the proofs of success, nowadays, from a cultural standpoint, is when you go to Amazon and you don't do anything, there are people already selling T-shirts. Two weeks ago, I went on Amazon. There were like ten different types of 'Dilly Dilly' T-shirts."

Where IHOb was a drawn out guessing game before a confusing payoff that had no real consequence on IHOP's product offering, Bud Light's "Dilly Dilly" embraced meaningless fun, which became contagious and spread like promotional wildfire.

Despite IHOb being a thought-out, meaningful campaign that pertained to a specific business move from the company, it underperformed. Meanwhile, the silly catchphrase that means literally nothing skyrocketed in popularity. Bud Light even parlayed its viral success in Philadelphia into additional promotional opportunities, announcing earlier this month an Eagles Super Bowl gift set that includes a branded beer glass and special "Philly Philly" packaging.