What the Equifax Breach Could Mean for Promo Distributors 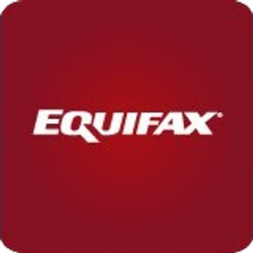 Promotional products industry distributors must have felt as if business would proceed as usual on September 7, with that day presumably offering early-month opportunities to generate prosperous fourth-quarter results. However, the late-summer occasion likely melted away significant chunks of their confidence, as Equifax, a major credit-reporting agency, announced a data breach that encompasses the personal information of roughly 143 million Americans. Given the enormity of the matter, the business professionals find themselves in a potentially rough spot, as the last two weeks have yielded ample theories and suppositions but few solid answers.

Equifax, which joins Experian and TransUnion to form the nation’s chief credit overseers triumvirate, experienced a data breach from mid-May through July, with hackers accessing end users’ names, addresses, birth dates and Social Security numbers, while also making off with many driver’s license and credit card numbers, according to the Federal Trade Commission. The Pew Research Center tabbed cybercrime as our nation’s top security threat through a 2014 survey, so the Atlanta-based entity at fault is scrambling to address the situation and restore confidence in its services, but those endeavors figure to grow increasingly hard, especially since it has 28 million small businesses lined up against it in a class action lawsuit filed Tuesday.

“I felt like no one was looking out for the small business owner’s interest in all of this,” attorney Justin Odell, one of the named plaintiffs, said in perceiving that only large corporations and non-entrepreneurs received notable mention in public examination of the matter. “No one will give me a loan based on the business books; they are going to want to check my credit as an individual.”

Undoubtedly, many of the affected individuals make their living within the world of promotional products, and those owners’ needs require protection, a point that the legal document filed by The Doss Firm LLC addressed by stating, “This is a real double whammy situation for small business owners whose access to credit can often live or die in terms of their personal creditworthiness. The breach could either damage the business directly through identity theft or it could cripple access to small business credit by damaging the ‘linked’ credit of the individual who owns the enterprise.”

While one could also offer a bit of sympathy to Equifax, which the Wall Street firm Stifel said could suffer losses totaling as high as $325 million from the breach and whose stock, according to USA Today, has fallen more than 30 percent since the news broke, the lion’s share of the compassion must go to the impacted people who placed their trust in the agency. Equifax, which Fortune named one of the world’s most admired companies from 2011 through 2015, likely will not be receiving many end-of-the-year “Thank you” correspondences from its American audience, which joins residents of and businesses from 23 other countries to give the company more than 820 million global consumers and over 91 million commerce providers.

It is looking to make some sort of amends by offering free credit monitoring and other services to compromised and unscathed patrons, with the enrollment period lasting until November 21. The attempt at reconciling the strained connections stems from Equifax’s revelation that an unpatched web server fell prey to cyber criminals, and the Federal Trade Commission is investigating the snafu, which has taken on an additional bit of intrigue with the discovery that three Equifax senior executives sold $1.8 million in company stock right after the breach, meaning weeks passed between their actions and the public announcement.

Two weeks into what has become a race to secure answers and prevent further dismay, businesses remain as in the dark as everyday folks about what the future will hold. USA Today contends that Equifax will take serious lumps yet survive, while the New York Times today ran a piece called “Get Rid of Equifax.” With undeniably huge roles within our field, distributors are going to need to examine their holdings and aspirations in earnest due to the breach, if they have not already begun the process. As summer gives way to fall, ’tis the season, it seems, to expose folly. Here’s hoping that every business, both big and small, makes it through intact.

The Evolution of Domino’s Pizza With Founder Tom Monaghan

What’s the Easiest Way to Place a Reorder in QuickBooks?
Comments
The Top Lists