Something Inked Show Recap: What We Learned From Buyers in the Sports, Music and Entertainment Promotional Markets

This past week, we had the fun opportunity of attending the Something Inked show in Las Vegas, where promotional products suppliers met with end-buyers from around multiple exciting promotional markets, such as sports, music, entertainment and more.

What stood out to us at a show like this was the size. Being used to the giant, industry-wide shows like the PPAI Expo, a show that fit in one smaller room and with buyers from a smaller pool of verticals, we could zero in a little closer on what these specific types of potential customers are looking for.

Here were some of our main observations from the show floor:

1. Think outside the stadium

When you're working with a sports team or a school, your initial thought as a distributor might be to sell something that they can use as a promo giveaway in the stadium. That's definitely a part of these transactions, but it shouldn't be your only focus. Think about the franchise overall. They are made up of much more than just the team in the stadium. Countless employees need to go to work in embroidered shirts. They want to carry their important documents in nice laptop bags or backpacks. Most of the buyers at the show were easily identified thanks to apparel with a logo. It's easy to forget that the team's logo is also their company's logo. 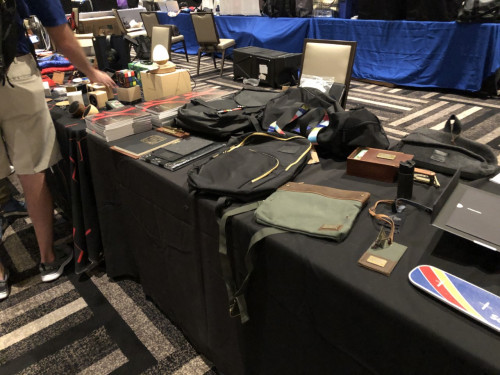 2. Remember, they're fans, too

You're the distributor, so there's no denying that you know promotional products inside and out. But, when you're working with a marketing director or merchandise buyer for a sports franchise, remember that they likely applied for that job in the first place not because of promo items, but because they grew up a fan of the team. Multiple marketing people from NHL, NBA and MLB franchises told us that just because their team is their employer doesn't make them any less of a fan. Because of this, you should ask what they think the fans are looking for. Who would know better than a fellow supporter, right? 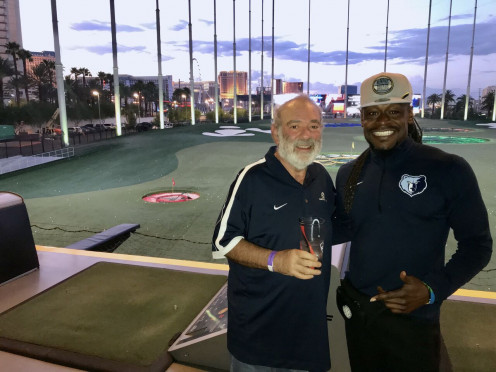 3. Loyalty and relationships are still paramount

We've beaten this point into the ground by now, but we're going to keep talking about it because it bears repeating. For these end-buyers, there are plenty of vendors who can offer a cotton T-shirt, a foam finger or a gym bag. But, they tend to stick with the ones they genuinely like, even if others might be more competitive price-wise. So many of these orders require speedy turn-arounds. So, if the end-buyer knows they can trust the distributor to get it there on time and make sure it's exactly what they want, they're probably inclined to go back for repeat orders.

In addition to the insight into the sales side of this particular category of verticals, we learned about how the nature of a show like this—one that focuses on building personal relationships in addition to professional ones—can make a huge difference for attendees on both side of the trade show booth. 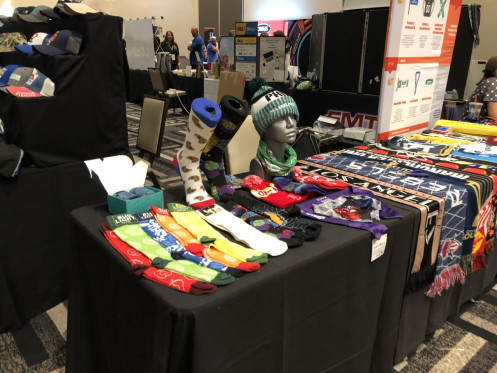 "Everything is based on relationships," said David Schneiderman, vice president of marketing services for Something Inked. "When you can connect a vendor and a client together and not have to worry about either of them being loyal, it truly is a major win. By having them talk about what they want or are looking for in a product saves a massive amount of time in delivering what the client ultimately wants." 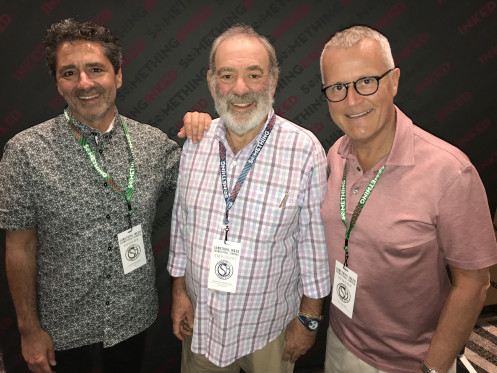 "No one sells the product better than the supplier," Bill Feldberg, Something Inked's executive vice president, said. "The vendors that succeed and keep coming back year after year are the ones that really get in and get to know the clients."

Giving suppliers and end-buyers the chance to meet with each other and see where their products are going, what their end-buyers want specifically and where they can specialize is paramount in succeeding in high-demand verticals like the ones present at the show.

"Basically, the fact that we had buyers from every walk of life is what makes this better than most shows out there," Todd Schneiderman, vice president of sales, said. "You have buyers from the sports to the zoos, all different things."

Related story: Inside Playoff Season With the Promo Distributor Behind Almost Every NBA and NHL Team's Merch