McDonald's surprised everyone this year when it launched its new, trendy uniforms. Some people loved them, some people hated them, and some said they looked like Star Wars villains. It seems like White Castle liked what it saw, however, because the company is the latest fast food giant to give fashion-forward looks a try.

According to Adweek, White Castle is revamping its employee's uniforms in partnership with New York City-based fashion brand TELFAR, which is known for its functional, gender-neutral fashion looks. 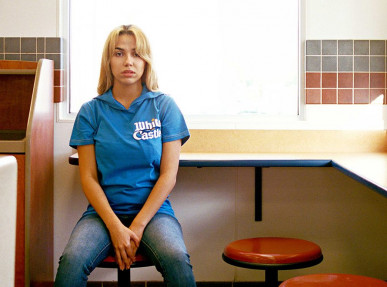 "In our minds, there is no more authentic American restaurant than White Castle, and we have truly been touched by the working process, trust and support," Telfar Clemens of TELFAR said in a statement. “There’s a White Castle right by my apartment and I’ve been going there my whole life—seeing the uniform is just amazing!

The new uniforms feature a wide, flat collar in royal blue with yellow stitching, as well as a retro White Castle logo. The new looks aren't as drastic as McDonald's, but Adweek is still calling them some of the industry's most fashionable uniforms.

When Adweek asked Jamie Richardson, White Castle vice president, about what makes a successful uniform, he responded, "Avoid making decisions to save pennies and buy in bulk with designs that miss the mark because they don’t speak to the soul of your team. Nothing great was ever accomplished by saving 3 cents per uniform.”

The fast food chain plans to roll out these uniforms to its 400 restaurants.

What's more surprising, however, is that White Castle plans to roll out its own streetwear collection this October in collaboration with TELFAR. While we don't have images of those upcoming apparel items, we have high hopes for the collection.

Now if I could just get In-N-Out Burger to design a streetwear collection, my fall wardrobe would be set.