The white nationalist group tweaked the image slightly to make the wheel's spokes resemble the lightning bolts of the Schutzstaffel, or "SS," of Nazi Germany. 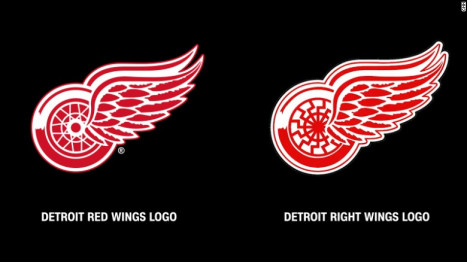 Almost immediately, the Red Wings released a statement on Twitter distancing themselves from the hate group and denouncing its use of the logo.

According to Fox 2 in Detroit, the team is "exploring every possible legal action as it pertains to the misuse of [its] logo in this disturbing demonstration."

The NHL stood by the team in denouncing the use of the logo.

"We are obviously outraged by the irresponsible and improper use of our intellectual property as seen this weekend in Charlottesville, Va.," the NHL said in a statement. "This specific use is directly contrary to the value of inclusiveness that our league prioritizes and champions. We will take immediate and all necessary steps to insure the use is discontinued as promptly as possible, and will vigorously pursue other remedies, as appropriate."