Wireless Charging Mats, External Batteries Are The Next Generation of Promotional Power

One of the biggest topics when it comes to purchasing a new smartphone is battery power. We've all heard (or uttered) the common gripe of "My phone was just at 100 percent, how is it already almost dead?"

Apple is addressing some of its charging issues by putting more battery power in its new line of iPhones this year, and also introducing wireless charging, which companies like Samsung have already been using for a while now, but the Apple faithful are excited for its inclusion going forward.

Let's look back to the other biggest controversy in iPhoneland: the omission of the headphone jack.

Because the new iPhone headphones plug right into its proprietary Lightning port on the bottom, that means users can't charge their phones and listen to music or podcasts at the same time. That's irritating to say the least, but this wireless innovation solves the issue for the most part. 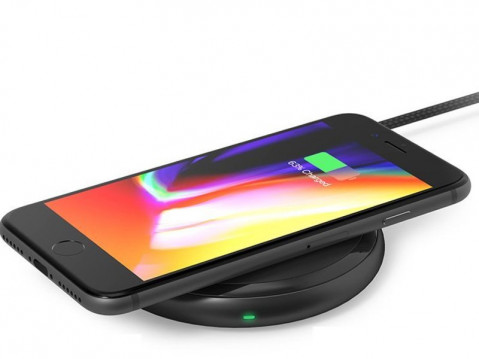 Now that Apple has caught up in terms of wireless charging, it could be the next biggest promotional product. | Credit: Business Insider

So, for promo professionals, that means that wireless charging pads could be the hot new promotional item of the season. Especially since, unlike previous Apple products, third-party chargers will work. iPhone users are likely familiar with the message claiming that a device or accessory isn't supported by their phone. But, since third-party charging mats will work from here on out, end-users will be looking for wireless devices for their fancy new iPhones.

With the immense popularity of items like charging banks, this could be the next-generation of smartphone power in the promotional products space.