Most likely thanks to the 2018 FIFA World Cup, there's been a huge spike in searches for women's soccer apparel, according to a new report from e-commerce aggregator, Lyst.

Searches for the words "soccer" and "football" have risen 107 percent month-over-month, and 340 percent year-over-year since this time in 2017. From the period of May to June, women's searches for "soccer" and "football" are up 210 percent, which is almost double the increase of other common searches. And all women's searches, not limited to strictly fashion searches, are up 520 percent year-over-year.

"Women aren't just searching for practical pieces they can play in; this year we've seen some more playful styles come through," wrote Lyst. "We've seen a bit of a retro revival at Lyst with vintage-inspired styles receiving the most views." 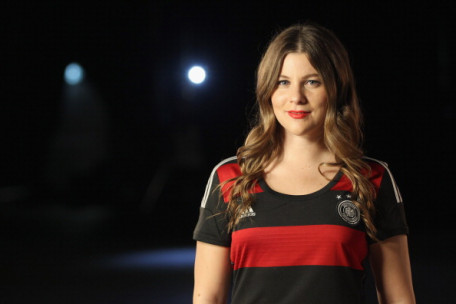 Lyst also mentioned that it's not just practical soccer apparel searches making waves on the interface. Women are looking for playful styles that still draw on inspiration from soccer looks. Lyst pointed to the adidas Originals mesh jersey dresses as examples.

The soccer fashion trend has made it to the runway, too. Versace featured a Stripe Logo Football Shirt in its latest collection, as well as a football scarf during Milan Fashion Week.

So what does this mean for promo? Don't sleep on soccer jersey options. And, don't depend on the classic boxy jersey to entice female fans, either. Women want flattering athletic looks that can still serve as fashion statements.