These Are the Weirdest Star Wars Promotional Products of All Time

In case you missed it, last Friday happened to be May the 4th, the unofficial adopted holiday of Star Wars fans around the globe. We already compiled our best Star Wars stories, but in continued celebration, we here at Promo Marketing figured one more (belated) treat was in order. Whether you’re a Star Wars fan, merch collector, film enthusiast or promotional products professional, it’s likely you’ll find something about this list funny, or at the very least, disturbing. So, without further ado, we present the officially curated, 100 percent unbiased, unranked list of the weirdest Star Wars promotional merchandise of all time. 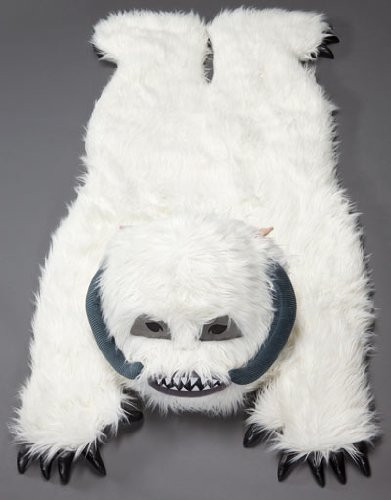 If you think bear rugs are creepy, then this Wampa Rug will definitely send you running. For Star Wars fans, the Wampa is the horrifying, yeti-like creature that nearly kills Luke in the beginning of The Empire Strikes Back. For anyone else, this may look like a ritualistic sacrifice of the poor, misunderstood Bumble from Rudolph the Red Nosed Reindeer. Regardless of what this thing makes you think of, however, we strongly recommend you don’t decorate your living room with a Wampa Rug. If you do decide to, then at least it’s a great way to scare away unwanted guests. 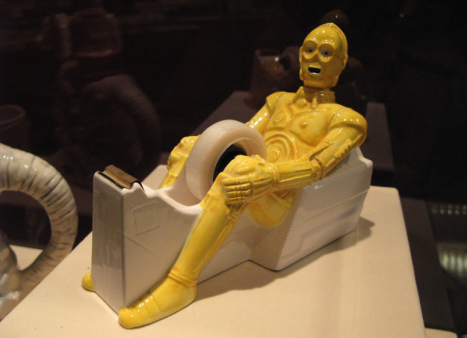 Whoever designed this tape dispenser probably meant it as a joke until things got out of hand and it actually got manufactured and sold. As a promotional product, it checks the right boxes on a basic level—it’s an everyday object that utilizes a popular character in order to become unique. As an object actually presented to the buying public, however, this tape dispenser is just bizarre and offensive. Tape between the legs? Really? Also, hot take here, but C-3PO is such an incredibly annoying character that we doubt even the novelty of this item could save its general awfulness. 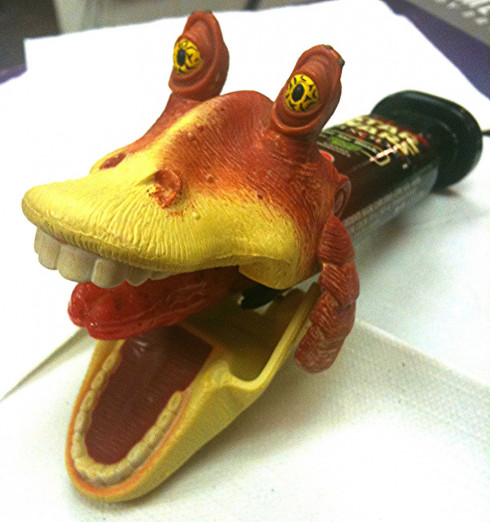 There isn’t much to say here, beyond this simple question: Who in their right mind would willingly consume candy from the mouth of the worst Star Wars character of all time, especially if said candy comes in the shape of a tongue? 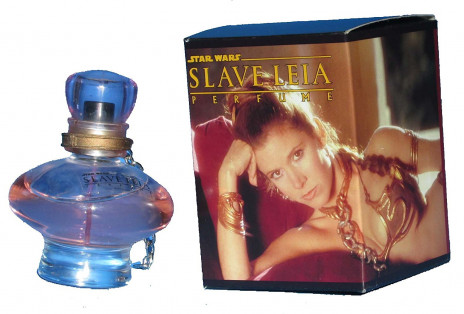 As if the existence and presentation of Slave Leia as a character weren’t already offensive enough (if you disagree, please just consider that Star Wars has dedicated its new trilogy toward amending the sexist past embodied by the character in the first place), here we find that some company actually thought it could produce a perfume based on Slave Leia. We’re not even going to get into the sheer lack of taste involved here. If this was a ranked list of promotional products, please be aware that this would come in dead last. 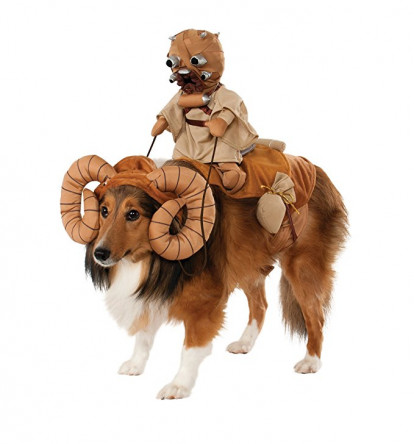 This poor dog. This poor, poor dog. People: Do not do this to your pets. It’s just not cute, OK? 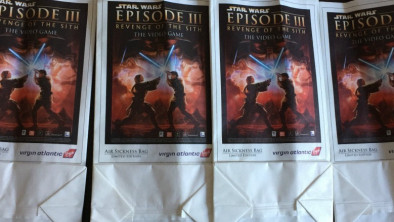 This generally sums up our feelings toward the sixth installment of the Star Wars series. In fact, we wish that these had been supplied in theaters. It would’ve saved a lot of innocent popcorn.

Revenge of the Sith Toilet Paper 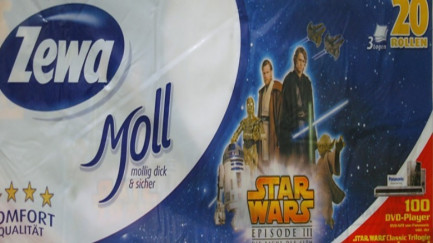