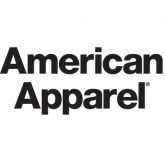 Looks like there's some shakeups over at DKNY this week. According to Business of Fashion, CEO Caroline Brown, and creative directors Maxwell Osborne and Dao-Yi Chow, will leave DKNY before the end of the year. This news comes after DKNY's parent company, LVMH, sold the brand to G-III Apparel Group.

Apparently, breathable wool could actually become a thing, at least if you're in the Army. According to Army Times, Army researches are on the verge of creating a wool-blend fabric that is flame-resistant, moisture-wicking and breathable. Even crazier, the wool comes from Rambouillet sheep, which are fed a special diet to encourage fine, flexible wool. Hello, future!

Currently, people love touting the benefits of eating more seaweed. But, will they change their tune when it comes to wearing seaweed? Vice reported that Bioesters is working with alginate, which is found in kelp and seaweed, to create a sustainable fiber for apparel. It seems that sooner or later, we'll all feel like we're "Under the Sea!"