Seeing double? It’s not just you. According to The Fashion Law, late last month, Under Armour finally filed a trademark infringement complaint against the Chinese company Uncle Martian that has an eerily familiar logo. While Uncle Martian denied the accusations, the lawsuit claims the company made “blatant use” of Under Armour’s logo, name and other intellectual property. Considering Under Armour is making a push for the Chinese market, this legal action comes as little surprise.

Quality bonds go a long way in the professional world. Just ask Nike. Brand intimacy agency MBLM named it the most intimate brand (those that help create and build effective brand relationships) in the apparel industry, Fashion Times reported. Others that made the cut include Levi’s, Under Armour, Adidas and H&M. But no apparel brands cracked the overall top 10 list, and the apparel industry ranked second-to-last overall. That’s not especially good news for the apparel world. Time to find a way to connect. 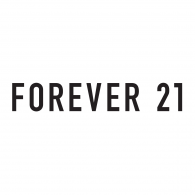 Sometimes no news is good news. Isn’t that right, Forever 21? According to Racked, not only has the fast-fashion company been making late bill payments, but when its (now former) shipping firm, EZ Worldwide Express, filed for bankruptcy in January, the shipping firm revealed in court that Forever 21’s business was substantially lower than the same time last year. But the bad news might not just be for Forever 21—H&M and Urban Outfitters have seen dips in sales this quarter, as well. 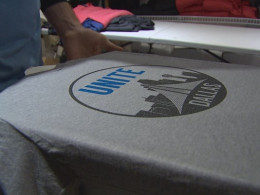 In times of loss and tragedy, it helps to come together with family, friends and loved ones. That also means coming together as a community. In the wake of the Dallas shootings last week, several T-shirt companies are designing tees around the theme of unity, WFAA-TV reported. Some of the popular options include a shirt that features the words “Unite Dallas” and an illustration of the city’s skyline; and a red, white and blue-printed design that reads “#DallasStrong” and “#OneDallas” around an image of the city’s skyline. Portions of the proceeds from both of those shirts will be donated. 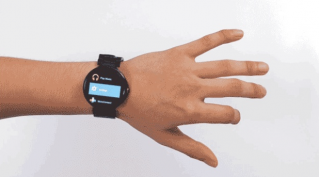 Wearables can track a lot of information—the number of steps taken, a person’s heart rate, how well someone slept, etc. But according to TechCrunch, it looks like they can track PIN numbers and passwords, too. And that poses major security issues. Based on research from the Stevens Institute of Technology and Binghamton University, the motion sensing data generated by wearable devices, like smartwatches, makes it possible to crack private information. In fact, after collecting the data from 20 individuals, the research team was able to figure out their PIN numbers with 80 percent accuracy on the first attempt.