The Wrap: The Chicago Cubs Predicted to Break Merchandise Records and More

While the Chicago Cubs lost game 1 of the World Series last night, the fan apparel is still a winner. According to Forbes, the Cubs are likely to break themed merchandise records with their licensed hats, jerseys, W flags and more. Since the Cubs represent the nation's third-largest city, and it's the first time the team has played in a series since 1945, it can be assumed fans are going to take advantage.

After Donald Trump called Hillary Clinton a "nasty woman" in the final presidential debate, the apparel world responded with "Nasty Woman" T-shirts and more. Now, online retailer Nasty Gal has released a tote bag and tee featuring a picture of Clinton with a "Nasty Woman" pin, according to Paste Magazine. 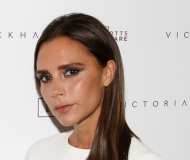 Fans looking to channel their inner Posh Spice will be glad to hear that Victoria Beckham is teaming up with Target for a new clothing line, according to ABC News. Most items will be less than $40, and the collection will feature more than 200 items.