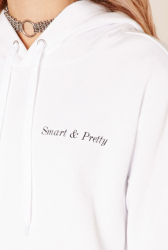 Forever 21 is no stranger to copycat merchandise. And, sadly, independent designers aren’t strangers to having their work stolen. In the latest edition of “That Looks Familiar,” Forever 21 is selling a white hoodie with “Smart & Pretty” embroidered on it, Fashionista reported. It looks nearly identical to a white hoodie from indie brand Sporty & Rich that has “Sporty & Rich” embroidered in the same location and a similar font. While the brand’s creator took to Instagram to shame the major retailer, she has no intention of taking legal action.

Nothing to see here. Or, is there? In June, questions arose about the credibility and very existence of Lululemon’s longest-serving board member, Rhoda Pitcher. Now, the company announced Pitcher, who has been on the board since 2005, stepped down from her position on Aug. 3, Business Insider reported. Lululemon said Pitcher's departure wasn’t due to any disagreements with the company, but did not comment on whether it was linked to the recent questions about her experience. 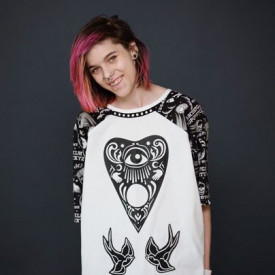 Being stuck in a hospital can take a toll on your spirits. Enter: Ward + Robes, an initiative started by Starlight Children’s Foundation Canada where designers create unique hospital gowns for teens. According to Refinery 29, the purpose of the initiative is to provide hospitalized teens a form of personal expression the standard gown doesn’t afford. The program started at Children’s Hospital of Eastern Ontario in Canada, will move to other Canadian hospitals next, and then, hopefully, U.S. hospitals. 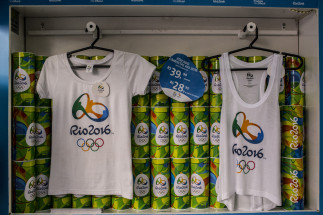 Creating knockoffs of your own merchandise is one way to fight fire with fire. And, as we reported, that’s exactly what’s happening at the Olympics. While official T-shirts for the games cost $29, nearly identical tees made with thinner fabric are available in downtown Rio de Janeiro for just $12.55—and they’ve been approved by the official Olympic organizing committee. The official Olympic-branded merchandise is targeted toward tourists, while the less expensive options are geared toward locals and give area businesses a chance to grow. 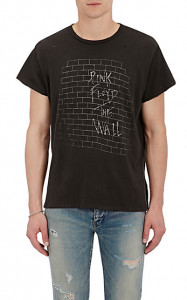 Another week, another head-scratching decision by Barneys. It’s the store where you’ll find $195 Marilyn Manson shirts from Justin Bieber. And, according to Digital Music News, it’s also where you can stock up on $175 cotton shirts featuring classic logos from bands, like Black Sabbath, The Cure, Pink Floyd and Run DMC. Yes, $175 for a band tee. If those prices aren’t high enough, Barneys also offers a $225 Joy Division shirt and a $265 Black Flag shirt. The latter is “currently unavailable” online, and for the sake of music’s future, let’s hope that’s not because it sold out already.