The Wrap: Forever 21 and Macy's Guilty of Using Sweatshops and More

The U.S. Department of Labor has accused T.J. Maxx, Ross, Macy's and Forever 21 of violating wage laws, including overtime laws and minimum wage guidelines, according to Yahoo. These workers do not work in factories overseas, they actually work in factories in America, and officials are saying these domestic violations are at record highs.

Michael Strahan is definitely a man of many hats. First, he was a star NFL player, then he co-hosted a talk show with Kelly Ripa, and now, he's setting his sights on the apparel world. The Super Bowl champion is teaming up with JC Penney to create two men's apparel lines, according to Complex. Only time will tell if this is another touchdown for Strahan. 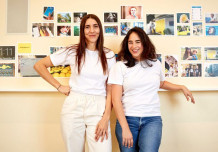 We've already heard that ex-American Apparel CEO Dov Charney is creating his own apparel brand, but he's not the only ex-employee testing the waters. According to Yahoo Style, Iris Alonzo and Carolina Crespo created the new concept brand Everybody. The two worked for 10 years at American Apparel, and definitely are drawing inspiration from the brand's basic essentials. 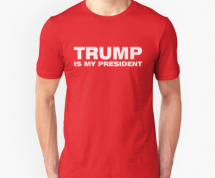 The election might be over, but there's still much debate about whether it's appropriate to wear political apparel to work. A prison worker in California was sent home for wearing a "Trump Is My President" T-shirt, according to Fox 40. Leo Sanchez believes his freedom of speech was violated, but the state says employees should keep their political views out of the prison system.

Coworking Together & Scaling Your Business in Today's World