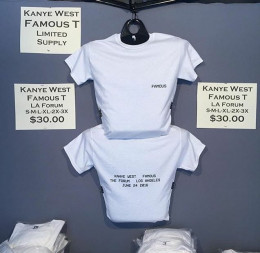 Need proof that Kanye West is an artist extraordinaire? This isn’t it. It’s just proof that some people will buy anything (and continue to encourage his ego) if he releases it. During his music video premiere event last week in Los Angeles, West sold a white T-shirt with nothing more than the word “Famous” printed on the front, and the location and date of the event printed on the back in a basic font for $30, Consequence of Sound reported. At least it was cheaper than the time he actually sold a truly plain white T-shirt.

Everyone is going for gold at the 2016 Summer Olympics in Rio de Janeiro—including Lululemon. According to Fortune, the Canadian apparel company is ramping up its Olympic involvement, endorsing a number of athletes—most notably the entire Canadian beach volleyball team. Lululemon’s game plan going into the event is to create both stylish and functional performance apparel for the Olympians in hopes that other athletes will take notice of benefits of the technical aspects. 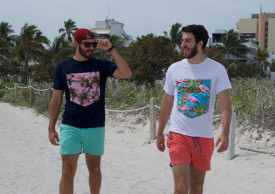 My, what big pockets you have! While the pocket T-shirt has been a longtime staple of wardrobes, Bucket Tees, a Tampa, Florida-based apparel company, is taking things to another level. According to the Tampa Bay Times, the T-shirts feature oversized, front-and-center pockets on basic, short-sleeved tees. Funny? Absolutely. Functional? Surprisingly yes. Not to mention, pockets are on trend, so it’s a good time to play with design. 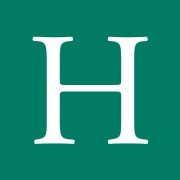 What do you do with clothes you don’t wear anymore? Don’t trash them, donate them. It turns out the average American will throw away 81 pounds of clothing this year, the Huffington Post reported. Not only does that equal out to 26 billion pounds of clothes in the trash, but it translates to an $88 billion loss due to the loss of value and resources that went into making them. Instead, donating them strengthens the secondhand industry, which employs nearly 10,000 workers and creates $1 billion in U.S. wages. 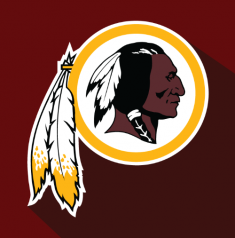 The children have spoken. One Washington, D.C.-based school’s student government has banned Washington Redskins merchandise from its hallways and classrooms, deeming it offensive to Native Americans, we reported. While the school’s dress code says kids can’t wear apparel that conflicts with the school’s values, it was the student vote that made the ban official. There has been a lot of controversy surrounding the team’s name, but this is a big statement made by the children in the team’s hometown.