Got money to burn? Pop into the nearest Lululemon. The brand that already charges too much for athleisure basics will increase prices, Business Insider reported. The price hikes already have begun in Canada, where many customers are angry and vowing not to return to the brand. Price increases in the U.S. are coming soon for the “Swiftly” line of running apparel and some bras. The company claims the increases are warranted because of more innovative and improved fabrics, function and fit. 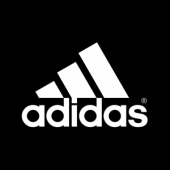 Oh, look, Kanye West has something else to say. Though, given his propensity for overpriced, run-of-the-mill merchandise, his dream to make a $30 sneaker with Adidas does surprise us. But, it turns out, it might be just that: a dream. As Complex explained, it isn’t as inexpensive to manufacture and sell sneakers as one might think. Not only would it be difficult to do, but a $30 sneaker would definitely limit the available materials and designs available to West’s plans. 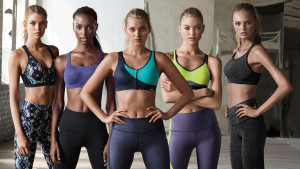 Watch out, Nike and Under Armour. According to Brandchannel, Victoria’s Secret is ramping up its athleisure game with Victoria Sport, a line of workout wear that puts the focus on fit, style, performance and comfort. The line, which offers sports bras and bottoms (both starting at $20), comes in the wake of the company’s decision to drop its swimwear offerings. With its fitness inspired photo shoots and branded, social media workout videos, Victoria’s Secret is fully embracing the shift.

Breathing—everyone has to do it. But do we really know what we’re breathing in? Aerochromics hopes we will. As we reported, the company has taken green apparel to the next level with a $500 T-shirt that features color-changing dyes that can detect air pollutants—think carbon monoxide, particle pollution and radioactivity. When an area reaches an unhealthy level of air pollution, a pattern on the T-shirt emerges.

Remember when we asked if you thought the fanny pack was due for a comeback? Well, that’s not the only accessory that wants some attention. Gucci hopes you think the beret is due for a similar revival. Or, at least, it’s trying to make you think that way. From cotton to wool to leather to angora, eight Gucci berets are available on Net-a-Porter, Who What Wear reported. So what do you think? Would you rock beret promotion?