The Wrap: How Many Crystals Are On Those Gymnastic Uniforms & More

Sure, we might be more prone to noticing apparel decoration than others, but it’s hard to miss the Final Five’s sparkling uniforms at the 2016 Summer Olympics. According to CNN Money, GK Elite and Under Armour created the uniforms, which each are decorated with 3,500 to 5,000 Swarovski crystals and cost between $700 and $1,200. To place the crystals on each of the girls' eight competition leotards, GK Elite used a machine with robotic arms, creating uniforms almost as gold-medal-worthy as the athletes. 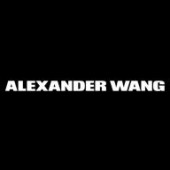 The taste of victory is bittersweet for Alexander Wang. According to The Fashion Law, Wang received a favorable ruling, which includes $90 million in damages, in a counterfeiting and cybersquatting lawsuit against 45 defendants who ran 459 websites that sold counterfeit goods and used Wang’s brand in the domain names. But, he is unlikely to see much of that $90 million. None of the defendants showed up in court, and as many of these sites are registered with fake names and information, there isn’t anyone specific to hold accountable. Wang understands this, but still pursued the lawsuit to defend its “intellectual property rights.”

Trimark, the New Kensington, Pennsylvania-based apparel division of Polyconcept North America, knows it’s only as strong as its team of employees. That’s why it has brought on board another industry veteran. Geoff Vejsicky recently joined the team as field sales manager for customers in Ohio, Kentucky and West Virginia. He brings 14 years of experience, and currently serves on the Ohio Promotional Products Association board of directors.

Unless you’re going for the ripped-knee look, it’s never a good day when you find a tear in your go-to wardrobe staples. But researchers at Penn State University may have found a solution to this problem (other than going out and buying new clothes). They’ve created a “self-healing” material from squid ring teeth proteins that allows fabrics, like wool and cotton, to repair themselves once they’ve been coated in the material, Fast Company reported. All you have to do is wet the fabric and apply pressure to the tear in question. 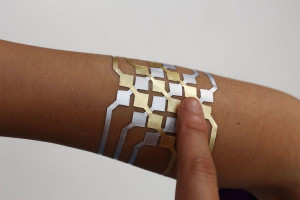 Tattoos are more than just self-expression. Turns out, some of them can be used as computer interfaces. DuoSkin, interactive temporary tattoos created by MIT Media Lab and Microsoft Research, can be used as touch inputs, displays and wireless antennae, Fortune reported. The stylish gold-leaf tattoos incorporate the necessary technology to interact with smartphones and computers, and gather and convey information based on body temperature.