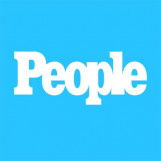 "Sex and the City" fans, be prepared to experience deja vu. Sarah Jessica Parker launched the first piece from her Bloomingdales collection, and we definitely think Carrie Bradshaw would have worn it on a date with Big. According to People, the fit-and-flare tulle "Title" dress is $365 and made in the U.S. The rest of the line will be released in the spring.

Last week, a stall in a London mall sold a dress depicting the 9/11 attack on the World Trade Center, Yahoo! Style reported. The dress was made in an Indian factory and shipped to the U.K. This isn't the first time people have used poor judgment involving 9/11. Last month, a couple dressed up as the burning Twin Towers for the Atlanta Dragon Con festival.

Black leggings are basically the new blue jeans, and it just got even better. According to Treehugger, Girlfriend Collective, a Seattle-based clothing company, launched recycled polyester leggings that are made from recycled water bottles. Twenty-five water bottles are used per pair. 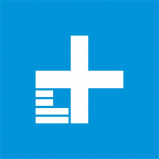 When we were young, we wanted to be astronauts when we grew up. We decided on majoring in journalism instead. Our dreams of traveling to space might be dead, but we can now at least dress the part. Oros Apparel used SolarCare Aerogel—the same stuff NASA uses to insulate space suits—to create its Orion line, Digital Trends reported. The line consists of a jacket, snow pants, gloves and a beanie.