The Wrap: Are These Old Navy Tees Sexist & More 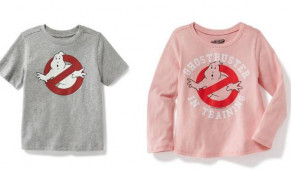 Remember when everyone had an opinion on the all-female remake of “Ghostbusters”? Apparently it’s not over. Old Navy has some crying “sexist” and others saying “missed marketing opportunity!” as a result of its “Ghostbusters” tees. According to Mic, while three of the four shirts are geared toward males—despite the movie’s all-female focus—the other issue revolves around the toddlers’ shirts. The boys’ toddler tee is a plain gray tee with the “Ghostbusters” logo. The pink, long-sleeved girls’ toddler shirt also includes the logo—along with the words “Ghostbuster in Training.” What’s the problem? Some don’t like that girls have to be in training. 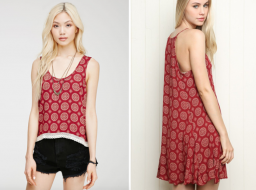 (Image via The Fashion Law)

Forever 21 is no stranger to copyright lawsuits—it's been on the wrong side of more than 100 of them. But, according to The Fashion Law, this time it’s suing Bastiat USA Inc. (and its retailer Brandy Melville) for copyright infringement of its red-based medallion copyrighted print. The pattern on the apparel in question is strikingly similar (arguably the same) to Forever 21’s print. The lawsuit alleges the company knowingly copied the design, and seeks monetary damages and injunctive relief. 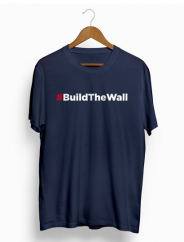 While Donald Trump struggles to define the tenets of his immigration policy, he’s sure about one thing: building the wall. So sure, in fact, that he added T-shirts and buttons that read “#BuildTheWall” to his campaign store, USA Today reported. But last week’s new arrivals to the campaign store don’t end there. There also is a series of anti-Hillary Clinton merchandise, including designs that include her logo in sayings, like “Guilty as Hill,” and an intentionally misspelled “Hilliary” shirt. Additionally, there is an “LGBTQ for Trump” shirt now available.

“Thinking about getting a patent? Just do it.” That’s what we imagine all Nike employees say to their co-workers who have new ideas. By the end of last year, the sportswear giant had 5,060 issued patents, including expired patents (but not patent applications), giving it the third-largest U.S. portfolio of design patents, The Fashion Law reported. The company has run away in the count from rivals, like Adidas and Under Armour, and focused recent patents on wearables, manufacturing and design.

Having trouble deciding what to bring with you when traveling? Well, if you’re heading to India, Mahesh Sharma, India’s culture minister, has some advice for you. According to The New York Times, Sharma, while referencing a welcome kit, recounted tourist do's and don’ts. On the list? Women should not wear skirts or short dresses. While Sharma later said it was meant as a suggestion when visiting religious places, many have criticized his remarks, saying they foster a fear of sexual assault and place blame on women.