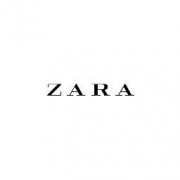 Not fluent in currency conversion rates? Zara might be a dangerous place for you. The apparel retailer is facing a $5 million-plus proposed class action lawsuit due to alleged deceptive pricing and price spiking, The Fashion Law reported. The lawsuit, filed by Zara customer Devin Rose in a federal court in Los Angeles, claims that Zara lists the prices of many items in euros only as a means of tricking the consumer into thinking the price is lower, and that Zara creates arbitrary conversion rates between the euro and the U.S. dollar at the time of sale, causing many consumers to pay much higher prices than they should. 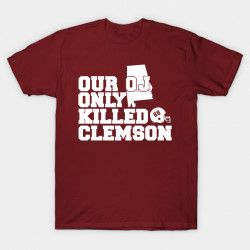 Off the field and onto the shirt. In anticipation of the season opener match-up between the USC Trojans and Alabama Crimson Tide, the two college football teams have entered a T-shirt battle of sorts. According to FanSided, USC’s bookstore started selling a T-shirt reading “Roll Tears Roll,” mocking Alabama’s “Roll Tide Roll” rally cry, despite the fact that Alabama is favored by 10 points. In response, an Alabama fan took things to a questionable level, creating a T-shirt reading “Our O.J. Only Killed Clemson,” referencing the team’s O.J. Howard and USC alumnus O.J. Simpson. The sellers have since removed both T-shirts from their sites. 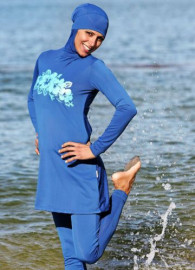 Several beaches in France have implemented a temporary ban on burkinis—a full-body bathing suit that covers all but a woman’s hands, face and feet, and is commonly worn by Muslim women. Those women who don’t adhere to the ban, which runs until Aug. 31, face a fine of approximately $42. If you don’t approve of such a ban, you aren’t alone. In an effort to fight for these women’s freedom of religious expression, a wealthy Algerian entrepreneur and human rights activist has offered to pay the fine for any woman subjected to it, CNN reported. He anticipates there will be around 100 fines by the time the ban is lifted. 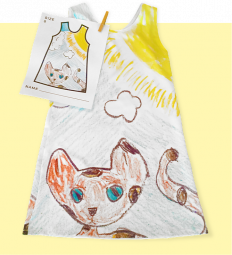 (Image via Picture This Clothing)

Running out of room on your fridge for more kid artwork? Why not turn it into a dress? Picture This Clothing lets parents turn their kids’ artwork into cut-and-sew dresses for their little ones (and their American Girl and Barbie dolls, too), TechCrunch reported. The full-bleed design is included on both the front and back of the dress. Parents print a dress template, let kids draw on it, send a picture of the artwork to the company and wait for the one-of-a-kind dress to arrive. Do you provide your clients with equally customized apparel? If not, maybe you should. 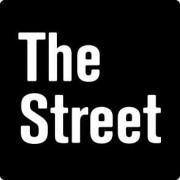 If the world of sports apparel gave the classic, soothsaying Magic 8 Ball a shake, it would display, “Outlook good.” That’s what the stocks are saying, too. According to TheStreet, sports apparel retailers, like Dick’s Sporting Goods and Foot Locker, reported better-than-expected quarterly results. Nike and Under Armour also continue to have strong footholds in the sector. Sure, it’s retail, but it proves that athletic apparel is going strong—and it probably would make for a popular promotion.