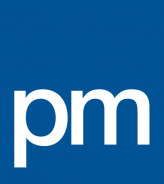 Well, folks, here we are at the start of Labor Day Weekend. For many, it’s the official end of summer and the window of time where it’s acceptable to wear white clothes.

How 2019 has flown by so quickly, we’ll never know. What we do know is that it was an eventful summer in the promotional products industry and related worlds.

HI, I’m Troy McClure. You might remember me from such promotional products films as “‘Print’ Is a Four Letter Word.” Today we’re going to review some of the most interesting, important and memorable stories we’ve covered this summer.

After a viral moment from one of the Democratic primary debates, presidential candidate Kamala Harris released a shirt commemorating the sentiment. This has worked for candidates in the past, but the timing of it came off disingenuous to some.

Though Swifties would have you believe that Tay can do no wrong, her marketing department could use a crash course in proofreading. A fan noticed that her new shirt said “Your’e The Only One of You.” At least it’s better than “Shave it Off” or “Dad Blood” or something.

Fanny packs are back, and somehow harnesses are making a splash on the runway, but Chips Ahoy is taking convenience  and utility wear to a new level with this cookie-carrying accessory.

We spoke with the folks at Something Inked to talk about what goes into a big-time promotion with NHL and NBA clients, like their work with the Golden State Warriors.

5. ’Trump Straws’ Cause a Stir

With all the buzz around eco-conscious choices like paper and metal straws, the president’s campaign store introduced standard plastic straws branded with his name. Naturally, his base went crazy for them.

Is there anything better than the creativity of Minor League Baseball? When the Wisconsin Timber Rattlers temporarily rebranded to the Udder Tuggers, the team immediately sold out of its merchandise.

7. The PM Podcast Hits the Road

Sean and Brendan took their ramblings to Atlantic City to speak with suppliers and distributors about the show, their own stories and some trends in promotional products.

After appearing at every “College Gameday” broadcast for over a decade, Washington State University's flag was at risk of losing its streak due to a Disney World park rule.

KFC Introduced an awesome promotional hat, but unfortunately it was only made available in Russia.

We spoke with five of the fastest-growing distributors in the business about how they handled the changes and what they would recommend to other companies looking to follow suit.

So, with that, we wish you all a very happy Labor Day Weekend. We will of course be back next week to continue our coverage of all things promotional products and beyond. Only then it will be fall, so every story will be pumpkin spice flavor.