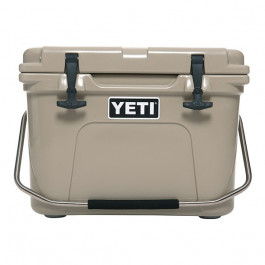 Yeti Coolers Inc., an Austin, Texas-based manufacturer of drinkware and coolers, has been making headlines this year. First, the company sued Wal-Mart Stores Inc., Betonville, Ark., for patent infringement. Then, a couple stranded at sea survived using a Yeti cooler as a floatation device. Now, Yeti Holding Inc. has filed to go public, according to Forbes.

The company filed the paperwork on July 1 with the U.S. Securities and Exchange Commission. While the stock price and closing terms of the deal are not final, the company will trade on the New York Stock Exchange using the symbol "YETI."

According to the Austin Business Journal, this move comes after a vast company expansion near its headquarters. Earlier this year, Yeti leased a 175,000 square foot property, and, later, a 35,000 square foot warehouse.

Yeti also hired several C-suite executives prior to the filing, including Matthew Reintjes as CEO, and Richard Shields as chief financial officer.

For promotional suppliers and distributors, this trend should not be ignored. It might be time to consider an expansion of your drinkware and cooler product offerings. While Yeti occupies the more expensive price points—with coolers costing anywhere from $249 to $1,200—there's an opportunity to see sales surge at any price point.