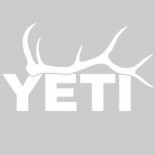 YETI Coolers is back, and this time it’s not to file a lawsuit for trademark infringement. We had to get that one out of the way quickly—if you’re unclear as to why, then just be assured that there have been a lot of these lawsuits in the past few years, and we’ve done our best to cover them all.

YETI’s new Camino Carryall brings the brand’s penchant for over-engineering to new and exciting heights. That’s right, YETI has designed a tote bag, and it wants you to pay $150 to get your hands on it. Before you smash your computer, or break into a fit of laughter so outrageous that you wake up in a hospital, hear us out. This thing is pretty darn sweet.

Sure, you can get a tote bag for free through any number of promotions, and even the cheap ones can become status symbols in their own right. But what makes the Camino Carryall so special is that it can be used for anything and everything. Made from YETI’s Thickskin, a laminated, puncture- and abrasion-resistant high-density nylon, and fit with a molded EVA bottom that allows it to stand on its own, this tote is no joke.

The Thickskin fabric is both waterproof and tough, meaning that contents inside stay dry, and that wet contents thrown inside after a day at the beach or in the rain won’t leak out. The Camino Carryall acts as a gear bag, diaper bag and gym bag, to name only a few applications. It could even act as a cooler if you so desire. With a hygienic, easy to clean interior, there’s really no limit to the things it can carry.

YETI’s high-tech foray into tote-making comes at a cost, of course. This should be no surprise to those familiar with its $350 coolers. For anyone willing to pay up to get what is likely the world’s most durable and versatile tote, we’re sure that it’ll be worth it. YETI is notorious for sparing no expense to make sure that its products perform well, no matter the condition.

The release of the Camino Carryall follows YETI’s unveiling of a new camp chair back in January. Designed to withstand up to 3,000 lbs. of pressure, as well as pretty much any element Mother Nature can throw its way, the Hondo Base Camp Chair is now sold out on YETI’s website.

Whether it’s with coolers, camp chairs or carryalls, YETI is undeniably taking the outdoor market by storm, and its not ignoring other markets either. All of these products, despite their cost, could be used by anyone from the average vacationer to the hardcore adventurer. The Camino Carryall is but the latest proof of YETI’s breakneck campaign to increase its product offering.

By going to any extreme to create the best and most durable version of any type of product, YETI has positioned itself as a competitor in any number of markets. For folks that are sick of replacing doormats, snow shovels, luggage, hoses and even husbands, there’s probably a YETI product either already released or in the works that will be able to do so for good. (OK, maybe not the last one.)

Expect to see YETI back in the news again soon with another expensive-yet-innovative product offering, and probably a trademark lawsuit while they’re at it. YETI is equal parts litigious and ambitious, which may just be a recipe for enduring success. We shall see.