YETI Sues Walmart Again, Proving It Is Not Messing Around 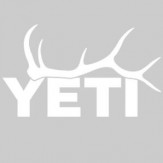 If you thought the trend of YETI Coolers suing other companies was over, buckle up, because we've got a real clash of the retail titans here. We're talking two litigious household names duking it out in the court of, well, law.

Remember when YETI sued Walmart for selling beverage insulators that were too similar to its products? Well, you might have thought that was over, but the ever-litigious YETI Coolers, always careful to protect its intellectual property for its wildly popular outdoor products, is suing Walmart once again, after it alleged that Walmart didn't take necessary action to resolve the matter.

On Dec. 8, YETI Coolers filed a lawsuit against Walmart stores in Bentonville, Ark., claiming that they infringed on YETI's intellectual property related to its beverage holders, therefore violating a settlement agreement from previous litigation.

After YETI's Rambler Tumbler and Rambler Colster Beverage Holders have become so popular in the retail market, YETI alleges that its trade dress not only covers its brand name and product names, but also the appearance and design of curves, tapers and lines in its products, according to IP Watchdog.

Walmart had been selling products that YETI felt were too similar to its products, which were the subject of previous intellectual property litigation. In this current lawsuit, YETI claimed that Walmart is still promoting and marketing products that infringe on its copyrights, violating the previous settlement they reached.

YETI’s complaint includes images of the infringing products themselves as well as a screenshot of an online Walmart store advertising a “Yeti Black Stainless Steel Tumbler.” Side-by-side image comparisons of the original and infringing products show that the products sold by Wal-Mart include “YETI”-shaped indentations as well as labels which are very similar to those covered by YETI’s federal copyrights.

The lawsuit includes a total of 16 counts—the first being the breach of the original settlement, which Walmart did by continuing to sell the products and by neglecting to provide notices to YETI that validated its compliance with the settlement, which it was obligated to do by Nov. 15. Nine claims target trade dress and trademark violations, and other individual counts cover copyright infringement, patent infringement, unfair competition, misappropriation and unjust enrichment.

There's a valuable lesson here: YETI is totally not screwing around when it comes to protecting its intellectual property. The company has gotten insanely popular for its products, and it intends to make every single dollar it feels it deserves from its design. After all, loyal customers swear by the products. When the company feels it's made something that has so much customer loyalty, why share that with the likes of Walmart?

This also sets a good example for smaller companies. If a company the size of Walmart isn't immune to YETI's legal wrath, smaller companies should not assume they're safe to infringe on its copyrights either, or even come close to it.

Of course, competition is a necessary aspect of capitalism, but when you're looking to cash in on someone else's designs and work, make sure you make something different enough. Otherwise, YETI will come with lawyers.