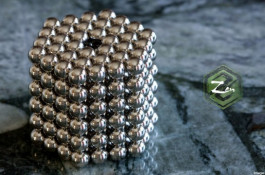 Zen Magnets received the stay through injunction it wanted, and can sell its products throughout the rest of the year. | Credit: Zen Magnets

After Zen Magnets received multiple stop-sales from the CPSC, despite initially winning an appeal granting magnetic ball toys safe for sale, the future of the company was in jeopardy. Zen Magnets founder Shihan Qu even took to YouTube to explain the situation, saying that, while the company was prepared to put up a legal fight, it would require resources that could very well bankrupt the company, as it would be unable to sell its products and make a profit.

"It's hard to say what will happen," Qu said at the time. "This might be where Zen Magnets ends."

It's not. At least not yet.

In a statement yesterday, Qu announced that Zen Magnets is once again selling its products. On Tuesday, a judge for the U.S. District Court for the District of Colorado granted a request by the CPSC to vacate a preliminary injunction hearing scheduled for the next day. This due to the CPSC agreeing to "temporarily stay enforcement of the stop-sale order pending a resolution of plaintiff's motion for preliminary relief."

This is what Zen Magnets wanted before—a stay that would allow the company to sell its products throughout its appeal process. After all, this isn't a final resolution for the company, and its future is still in the balance, to a degree.

However, one can't overlook the past success Zen Magnets has had against the CPSC. Throughout multiple (successful) battles against the CPSC, Zen Magnets proved two things: It proved that it was willing to listen to CPSC regulations to create a safe product for consumers, and it proved that even a relatively small company can stand up against difficult circumstances.

"We are pursuing the preliminary injunction still, but at a bit slower pace than first expected," Qu said in an email. "The safe, highest precision magnets are once again available for sale likely throughout the holiday season. Though the long-term availability is still in question, this breath of air will allow us to continue to stand and sell through the rest of the year. Legal crowd-funding averted, once again, thank goodness."

So, while Zen Magnets still has an uphill battle to face, this allows them to create revenue without having to resort to crowd funding methods (something Qu was trying to avoid before), and, best of all for Zen Magnets, it won't have to shut down completely, like it originally feared.

At least for now.