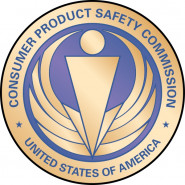 After a lengthy legal battle with the Consumer Product Safety Commission that involved multiple appeals and an uncertain future for the company, Zen Magnets founder Shihan Qu announced that, at least for now, the company is no longer in active litigation, and is free to sell its products.

"The CPSC recall decision is reversed," Qu said in an email to Promo Marketing. "As of right now, we're not in active litigation for the first time in six years. We are clear and free to provide magnets without any immediate impending doom."

Qu and Zen Magnets had been fighting with the CPSC over its Neoballs, small magnets commonly used in the promotional space.

For Qu, though the court's decision was a relief, he said it wasn't the "knock-it-out of the park home run" Zen Magnets was looking for.

"The judge never really stepped in to address the merits of safety arguments on either side," he said. "Rather, it was concluded that we never got a fair third-level appeal after Administrative Judge Metry ruled in our favor. Metry was the last judge to rule on the merits of our safety arguments."

Going forward, Qu is optimistic but wary of what the CPSC might do next, citing the six-year legal battle as justification that there are political forces at play aside from the goal of product safety.

"In the world of magnets, for example, we've been the only ones defending an entire industry, despite others being the ones that have caused the problems," he said. "And this continues to be the case."

What he can plan on, at least as best as he can, is the company's plan to work on developing better magnet safety rules and regulations, but said that he wants the CPSC to enforce things more strictly and fairly, too.

He pointed to Amazon, eBay and other online companies that sell similar products to Buckyballs (after that company stopped operations in 2012), but aren't facing any penalties.

"Until the CPSC actually cares about spraying resources where the safety fires are, it's hard for me to justify putting more effort [into] modifying rules that everyone except us will just ignore due to lack of enforcement," he said. "It'd be like we're trying to lower the speed limit from 65 to 55, in a state with no cops and everyone treating highways like the autobahn."

It's not simply Qu's word against the CPSC. In a blog post, former CPSC commissioner Nancy Nord compared Qu and Zen Magnets to Harry Potter defeating "the dementors at the CPSC."

"From a safety standpoint, the CPSC's ineffectual regulatory and litigation strategy has resulted in opening the marketplace to companies who, unlike Zen, have no interest in promoting safe use of [small rare earth magnets]," Nord wrote. "Because the agency's position on both the regulation and the recall of the Zen product have been overruled, the market is now wide open, with no requirements for safety precautions applicable to the product in place. The result is on the agency. If any injuries involving this product occur in the future, the agency must look internally for the cause. Their incoherent policies, in large part, bear the blame."

Her strong words, mixed with Qu's cautious optimism of his company's future, show that Zen Magnets shouldn't celebrate just yet. Should the CPSC decide to follow through with what it started, it could decide to make an example of Zen Magnets, even while imitators sell their goods free of consequence.