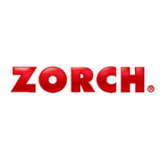 Nicole Loftus, founder and former CEO of Zorch International Inc., Chicago, filed a lawsuit against her former company over its sale to Satori Capital in February.

According to court documents, Loftus filed multiple other lawsuits during the initial acquisition process over proceeds from the sale. In December, Loftus received a "consent package" from the company's current leadership, asking her to consent to the sale of the company's stock. Loftus alleged that she, along with other shareholders, didn't consent to the sale, and the defendants "structured the transaction as a merger, so that unanimous consent was not required."

Loftus argued that this merger plan would result in two of four classes of shareholders missing out on shares, while board members would receive total compensation. She filed a series of lawsuits between December and February, when the Satori deal was finalized, arguing that she is entitled to financial benefit from the acquisition.

In response to the current lawsuit, current Zorch CEO Michael Wolfe said he has full confidence that the court will dismiss Loftus's claims.

"[Loftus] hasn't been involved in the company in over half a decade, and she was a minority shareholder," he told Promo Marketing. "She owned approximately 5 percent of the company."

Wolfe said that Loftus's claims are unfounded, and that Zorch has compensated her fairly throughout the process.

"She was treated completely fairly, in line with all of the agreements that she signed," he said. "She, in fact, raised two lawsuits during the acquisition process to try to stop the deal. They were quickly dismissed by the courts."

Wolfe is uncertain when the lawsuit will be resolved, but said its only a matter of the judge's docket.

"The [previous lawsuits] were dismissed very quickly, like I said, during the transaction process," he said. "But, with this one, we have no firm timeline because the lawsuit was filed relatively recently, so we're still working through the process. Our attorneys are processing it. Like the previous lawsuits, we don't think there's any legal merit. We're 100 percent confident this will be dismissed as well. It's just going to be up to the court's timetable when they're going to hear it and get through the process."