Get A (Phone) Grip

Phone grips are for anyone who owns a smartphone, and right now there are more than 264 million smartphone users in the United States alone. A grip enables smartphone users to capture the perfect selfie without fear of dropping their phone, prop up their phone to video chat the family hands-free, and catch a Pokémon while carrying their favorite beverage. There’s no denying consumers find phone grips to be very useful. Depending on which kind you choose, a phone grip can even double as a stand, cord wrap, wallet or mount. 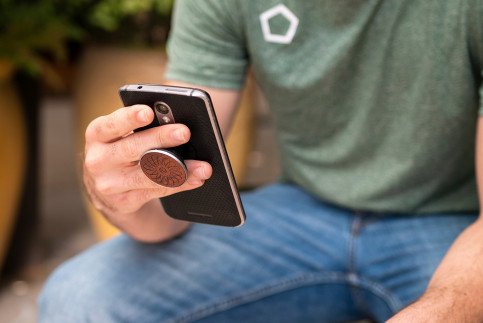 PopSockets grips launched in 2014, and since then they’ve been met with overwhelming demand both outside and within the promo industry. To date, over 40 million PopSockets have been distributed worldwide, and they aren’t slowing down. PopSockets as a company had an astounding three-year growth of 71,424 percent landing them the No. 2 spot on the Inc. 5000 list of America’s fastest-growing companies. What makes PopSockets different from other phone grips? Their accordion like design allows them to fold flat! PopSockets users can still easily store their smartphone in their pocket. The grip also works in conjunction with a PopSockets Mount that keeps smartphone users handsfree while driving (or even vlogging). PopSockets grips use a high-quality, rinsible, repositionable gel, so users can re-stick them as many times as needed. PopSockets have also earned the Ease of Use Commendation from the Arthritis Foundation. PopSockets retail for anywhere from $10 to $15 each. However, in the promo industry, clients can order customized PopSockets from $5 to $8 per unit. The perceived value is obvious, especially when PopSockets are used for promotional giveaways, client gifts or employee recognition. 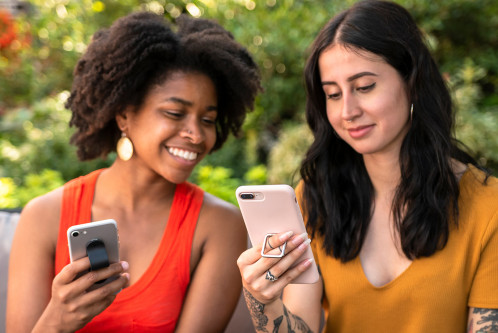 A stand and grip in one, Ring Holders are a budget-friendly phone grip available for less than $3 per unit. The stainless-steel ring is attached to a base with an adhesive on the opposite side that sticks securely to the back of a phone. Ring holder base options vary from simple squares or circles to even completely customized shapes. The ring can twist and rotate 360 degrees, so users always have the best grip, and can easily prop phones horizontally or vertically without worrying about moving the position of the grip. With a ring holder, a smartphone can be held with just one finger or easily hung from hooks or other mounts. Ring Holders are also the most secure anti-theft grip for smartphone users. With a ring holder secured around their finger, someone can’t simply snatch the phone away. 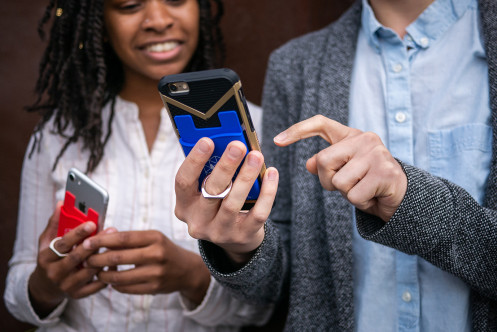 Yes, there is an app for that. But there are still cards we carry that can’t be stored in our mobile wallet apps. Wallets that stick to the back of a smartphone make it easier for users to grip their phones and allow them to keep business cards for potential clients, hotel keys, IDs and credit cards easily accessible. Even better, new and improved mobile wallets like the iWalletRing include a ring holder enabling consumers to secure their smartphone with one finger and prop it up horizontally or vertically.

Americans check their phone an average of 80 times per a day, and no matter what app they’re using or which age group they’re in, a promotional phone grip on the back of their smartphones will consistently garner impressions. PopSockets use a premium reusable adhesive and fold flat when not in use, ring holders allow smartphone users to secure their phone with just one finger, and mobile wallets keep important cards accessible. No matter which phone grip your client chooses it will be useful to any smartphone user. Just keep in mind that quality is critical. Phone grips are entrusted to help secure important and somewhat fragile smartphones every day.

Sponsor Content Give Your Marketing Some SwagAR™ With Augmented Reality
Comments