How Saying 'Yes' Helped Me Grow My Business by 415 Percent 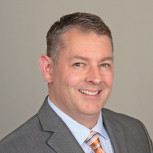 Bruce Irvine, owner of Atlanta-based Proforma Irvine Group, grew his sales from $472,000 to more than $2.4 million in just three years. He plans to more than double his business next year with a goal of $5 million in sales. How has Irvine accomplished—and how will he continue to accomplish—his dream? It is with the power of a three-letter word: “Yes.” Read more.

When a client has a need, Irvine always says, “Yes,” and is 100 percent confident that he will be able to identify and provide the best solutions because he has the best tools and resources through Proforma’s network and Worldwide Support Center. There are a lot of distributors who do not have ability to grow their accounts to full potential. That’s where Proforma provides a key advantage.

“Saying ‘yes’ to mergers and acquisitions was possible through the support of Proforma, and would not have been possible on my own,” said Irvine, who is a member of Proforma's Million Dollar Club, which consists of more than 150 owners.

Proforma’s mergers and acquisitions team helped Irvine develop creative earn-out solutions to limit his financial risk and make the deal beneficial for both parties. It also provided guidance throughout the entire process.

“I plan to close one or two acquisitions a year," Irvine added. "I know my goal is aggressive, however it can be accomplished with Proforma."

Proforma Irvine Group was ranked as one of Inc.’s 5,000 fastest-growing, private companies in the U.S. Proforma had an impressive total of 14 members on this list. In addition to mergers and acquisitions, Irvine credited adding e-commerce capabilities to his offering as a key to helping him become a part of this elite group.

“Proforma helps you set up and execute online stores so you don’t miss out on opportunities to grow through cross-selling and upselling,” said Irvine. “I always tell my customers that I can do it and know I will be able to figure out the right solutions with Proforma. My company called on a hamburger chain that had over 350 stores in the Southeast region and now we do all their print inside and outside the shop, along with apparel and promotional items. I will do $1.5 million in sales with this single account this year.

“Choosing to join Proforma is one of the best investments that I have ever made,” added Irvine.

For Irvine, saying “yes” to connect with the power of Proforma was a simple, three-letter-word that opened the door to grow from the ground up to multimillions. Are you ready to say “yes” to double your wealth and income? Learn more at www.onlyproforma.com.