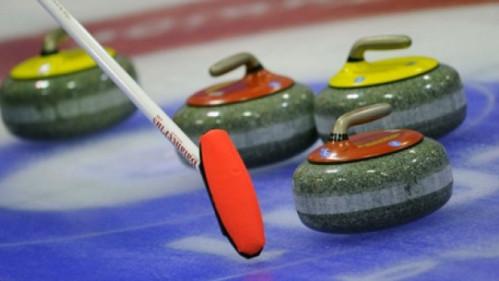 This month marks my two-year anniversary of curling.

Every Tuesday night, I head to Bucks County Curling Club (BCCC), put on the proper footwear, grab my broom, stretch, catch up with fellow club members and take the ice. (Usually, I also lose the coin flip determining which team has the advantage of throwing last in the first end. Sorry, team!)

And every Tuesday night, I have the chance to get better. (I don’t always improve. Last night I made less shots than I’d like to admit.) There’s always something new to learn and apply to my game.

Strangely enough, there’s also plenty to be learned from the style of curlers. After all, it’s a sport known for pants like these.

Here are a few curling-inspired ideas to keep in mind for your future apparel campaigns, and how to reach out to markets that may seem more specialized than others.

1. Be Bold
Whether it means going for the “TV shot” to try to steal three points rather than one or wearing the loudest pants you have, sometimes you need to make a splash.

When Norway’s men’s curling team wore red, white and blue diamond-patterned pants in the 2010 Winter Olympics, it got people talking. At the 2014 Winter Olympics, Russia’s men’s curling team turned it into a competition for best pants, donning its own uniquely patterned red-and-white pants. And each week, at least two members of the BCCC’s Tuesday league show up in their wackiest pants.

Are these pants right for every occasion? That seems unlikely. But they do prove that there is a time and place (and end-user) for even the wildest of apparel ideas.

2. Embrace Layers Year-round
Guess what? It’s cold in an ice rink—some nights, I’d go so far as to call it “frigid.” (Even during the summer.) But after an end or two of sweeping, curlers can get pretty warm.

By the end of the game last night, some people had unzipped their zip-ups, shed their sweatshirts and played in T-shirts. But once the game is over, it doesn’t take long for the cold to seep back in and the sweatshirts to go back on.

Curlers never really pack away their winter clothing just because the season ends. And companies shouldn’t either. There’s always someone looking for apparel that isn’t in season. Just ask people looking for bathing suits for tropical vacations in November.

3. Denim Isn’t Always the Answer
I love denim—maybe not as much as Justin Timberlake and Britney Spears once did, but almost. Still, I recognize that denim has its limits. For one, it isn’t as easy to move around in as other apparel options, like sweatpants, yoga pants, leggings or mesh pants.

And whether they’re sliding out of the hacks to throw their stones or running down the ice to chase after take-out rocks, curlers need to be able to move quickly and comfortably.

This desire hardly is limited to the realm of curling. Just look at the booming trend of athleisure apparel in both the retail and promotional sectors. But, hey, capitalizing on trends can lead to more markets than you may, at first, realize. 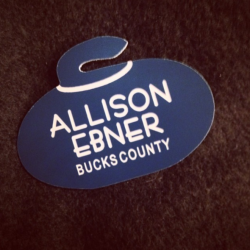 4. The Right Accessories Go a Long Way
Most people don’t get overly excited about purchasing new brooms. They might not even put that much thought into which ones they buy. Those people aren’t curlers.

As with all sports, you need the right equipment to play the game. In curling, that means a broom and curling shoes, complete with a gripper for added traction. But it doesn’t mean that we only need curling-specific (or any sport-specific) gear.

Sure, it may seem like certain clients and end-users require highly specific items, but there’s always a way in. Look for how you can incorporate your products into an aspect of the end-users’ worlds. (We also wear name tags, and some people like to don gloves and hats on the ice. Those aren’t such strange items, are they?)

5. Wear Your Pride
At BCCC, we have T-shirts, hoodies and crewneck sweatshirts touting our club name. Most of us have bought (at least) one. Not to mention, there are the curling-themed shirts members have bought off Zazzle, Spreadshirt and similar sites.

When people feel a part of something, when they identify with something, they want to associate themselves with it. And, oftentimes, that means imprinted apparel—especially in sports.

While curling may not be the most popular sport in America—the United States Curling Association includes just 165 clubs with roughly 16,500 curlers—it is a market and, perhaps more importantly, a community. Communities, no matter how small, always want to showcase their pride—and you can help them do just that.